I give you my blessings - Otumfuo to Mahama 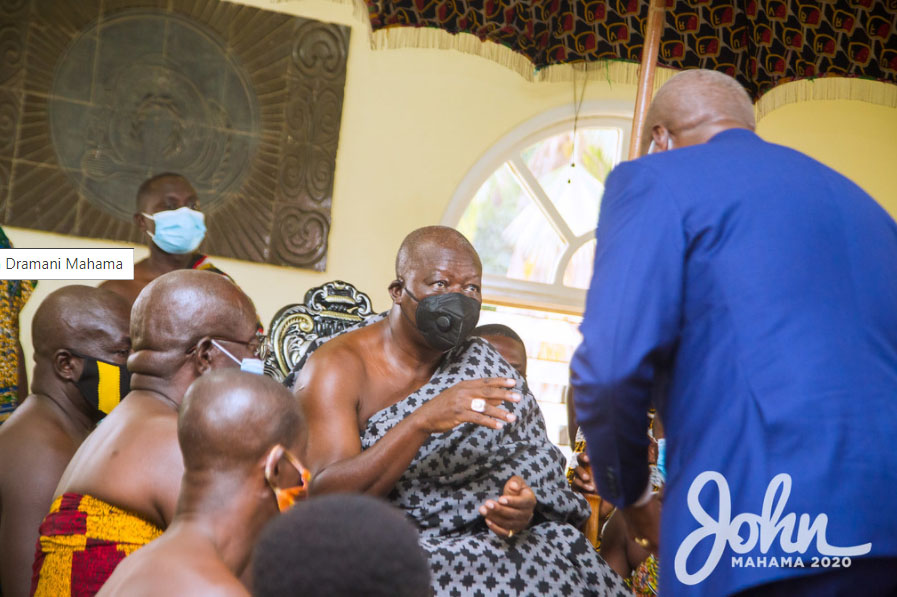 "You have already been here and I have advised you. I am giving you my blessings, there is no advice again.

"I have known you for long and I leave you in the hands of God. My prayers are with you," Otumfuo Osei Tutu stated when Mr Mahama called on him at the Manhyia Palace in Kumasi to seek his blessings ahead of the elections.

Otumfuo Osei Tutu said when Ghanaians understood the messages of presidential candidates, on voting day, God would show who would be victorious; saying "It is God who enthrones kings."

The Asantehene said all political parties must carry their manifestoes to Ghanaians, so that they would make informed choices on December 7.

Mr Mahama mentioned some projects his government did in the Ashanti Region when he was in power.

He said the projects included the Kejetia Market Project, the Tafo Market, the Asewase Market and the Atonsu Market.

Regarding hospitals, he mentioned the Siwa Hospital, Afare Military Hospital, Fomena Hospital and Bekwai Hospital as projects his government executed.

He said his next administration would construct two interchanges in Kumasi, one at the Anloga Junction and the other at Suame Roundabout, to ease the traffic situation in the metropolis.

Mr Mahama said NDC government would also construct the Kumasi bypass road from Ejisu on the Accra Road to link up the Techiman road.

He promised that his next administration would ‘dualise’ the Accra-Kumasi road, to improve road safety and the fast transportation of goods and people.