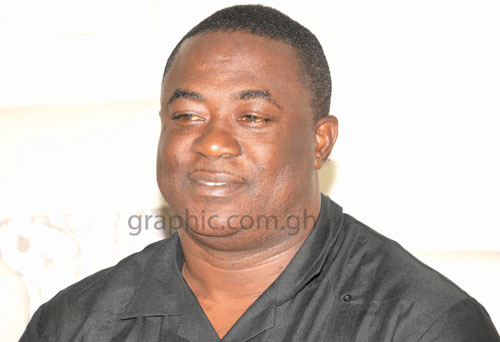 The Volta Regional Minister, Nii Laryea Afotey Agbo, has stressed government’s commitment to develop the rich potential of the region.
Interacting with the Awomeafia of Anlo, Torgbui Sri III, last Tuesday at Anloga, he said the government would share the national cake to benefit all Ghanaians no matter their political affiliation.

Some of the issues they touched on were the construction of a fishing harbour and salt mining to make life meaningful for the people, especially the youth.

It was his maiden interaction with the Awomeafia and the various paramount chiefs of the Anlo State since his assumption of office in Ho recently.

The regional minister, accompanied by his Deputy Regional Minister, Mr Francis Ganyaglo, urged them to rally behind the government to enable it to achieve the desired development goals.


He, therefore, assured the people of his determination to exploit the rich potential of the area to improve standard of living, adding that "all my qualities will be felt by the people"

Nii Afotey Agbo,  whose relationship with the region, started far back during his formative years as a student at the Anloga Senior High School (ANSECO), gave the assurance that he was aware of the development challenges facing the area and would steadily but surely satisfy them with the needed resources to create job opportunities for the people.

He was happy that since parliamentary and presidential elections got underway in 1992, the people in the region had kept faith with the government and also remained a stronghold of the NDC party .

He called on the traditional rulers to take active interest in the work of their district and municipal assemblies and assured them of an open-door administration in pursuit of peace and prosperity.

The regional minister later interacted with the staff and some students of Anloga, Keta and Anlo-Afiadayengba Senior High schools and inspected some projects in the schools, some of which had come to a standstill.

At his alma mater, he pledged 100 bags of cement to be received by the headmaster, Mr Wilberforce Azuma, towards the improvement of infrastructure in the school.

Mr Ganyaglo said the government was leaving no stone unturned to improve the living conditions of the people.

He also called for a closer collaboration of the people to accelerate the pace of development in the region to achieve the ‘Better Ghana’ agenda of the government.

Torgbui Sri congratulated Mr Afotey Agbo and wished him God's blessing and wisdom and pledged the unflinching support  of the people to make his tenure of office a memorable one.

The chief  later on presented the regional minister with a Kente cloth.