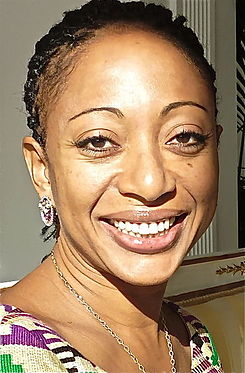 A leading member of the Convention People’s Party (CPP), Mr Bright Akwetey, has urged the government to be firm and deal with the lawlessness that the country has experienced in the past few days.

He said anyone who engages in violent activities must be arrested and prosecuted to serve as a deterrent to others.

In an interview with graphic.com.gh, Mr Akwetey said this year’s elections was one of the best the Electoral Commission (EC) had organised, adding that the allegations about irregularities were unfounded.

He said elections were not a “do-and-die” affair and advised the New Patriotic Party (NPP) to desist from goading its supporters to foment trouble.

“If a party has lost elections, it must accept defeat and allow us to move on,” he said, adding “let us not put the all-die-be-die mantra into effect.”

He reminded those fomenting trouble on behalf of political parties of the Kumepreko marches in 1995 and the death of Ahunu Hongar and others and asked: “What did the party for which they lost their lives do for their families when they came to power?”

Turning the spotlight on the abysmal performance of the CPP in the December 7 elections, Mr Akwetey said the party failed to launch a national campaign to send its message across the length and breadth of the nation.

“The style of the campaign has not helped us. It has brought us defeat. Some of the regions were not traversed at all.Also some of us were available but were not brought on board,” he said.

He also blamed the failure of the party on the fragmentation within its leadership, rank and file  and said Ghanaians were not interested in voting for partiesthat appeared to be fragmented.

“Ghanaians saw the National Democratic Congress and the New Patriotic Party as united that is why the voted for them. Nobody is going to queue in the hot sun to cast his or her ballot for you if they believe you are not united,” he said.

“We have now all seen that disunity is not good,” he said, adding that the poor performance was a wake up call for all Nkrumaists to unite.

He described the performance of the party in this year’s elections as the worst in its history and lamented over the loss of the party’s only parliamentary seat.

He said the party needed to start working assiduously to return to power and added that there were many talented young professionals who were outside the CPP fold that needed to be brought on board.

According to Mr Akwetey he commitment to the party was unalloyed and he was still interested in being flag bearer.

He denied having other political leanings other than CPP and said such allegations were mischievous and unfounded.