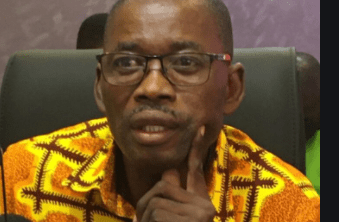 The National Democratic Congress (NDC) Member of Parliament for Wa West, Mr Peter Lanchene Toobu, has stressed the need for consensus building among Members of Parliament (MPs) in executing the business of the House.

“This hung Parliament will stand on its feet to ensure that what belongs to Ghanaians is done right. The people of Ghana voted for us for a purpose and God, in His own Divine way, made it 137 for the NDC, 137 for the NPP and an independent candidate in the middle.

“We need to build consensus to be able to push Ghana forward; what will work is consensus not bullying,” he explained.
Mr Toobu said this in an interview with the Ghana News Agency (GNA) at Vieri in the Wa West District on the recent happenings in Parliament.

He said the violence on the floor of Parliament during the election of the Speaker of Parliament and the approval of the E-levy was “quite scary, quite dangerous and quite undemocratic”, adding that the events were a result of lack of consensus.

He indicated that the E-levy, which the government was seeking to introduce, would not do Ghanaians any good but would rather increase the hardship they were already enduring.

Talking about his service to the constituency, Mr Toobu said he had prioritised women and youth empowerment and had launched an initiative which was providing financial support to women in the constituency to improve their business and personal development.

He said he was also supporting and mentoring the youth in the constituency to live meaningful lives “in this hard time that we find ourselves.”

“When it comes to security, I speak my mind and professionally, you don't play politics with matters of security. Without security, all our development agenda will fall flat,” the MP added.