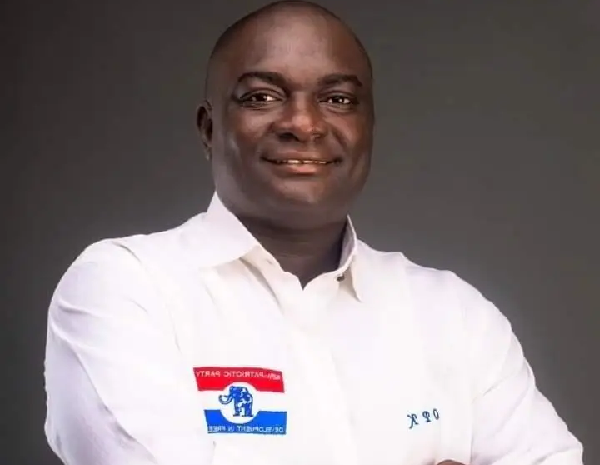 The New Patriotic Party (NPP) Member of Parliament (MP) for the Mpraeso Constituency in the Eastern Region, Davis Ansah Opoku, has urged the Clergy to support political leaders to help improve the livelihoods of the ordinary Ghanaian.

“I believe that the pulpit is more powerful than the political platform and we need the critical support of religious leaders to develop our communities,” he said.

The Mpraeso legislator, who is also a member of the Public Accounts, Works and Housing Committees of Parliament, stated this at a Breakfast Meeting with the leadership of the Christian Council in the constituency as part of an ongoing Stakeholder Engagement Programme.

The meeting attracted more than 20 representatives of the Council drawn from Churches such as the Presbyterian Church, Methodist Church, the Church of Pentecost, Musama Disco Christo Church, among others.

The MP underlined the critical role of the clergy as influencers, change agents, and appealed to them to continue to counsel and pray for political leaders in their quest to develop the country and improve livelihoods.

“There is no doubt that Ghanaians listen to their religious leaders more than their political leaders and so what you say has a great influence on both the ordinary Ghanaian and the political elite,” he stated.

Personally, I don’t take the counsel of religious leaders lightly and that is why I am committed to instituting this engagement as a regular interaction to discuss critical issues bordering on the development of our Constituency,” the MP told the leadership of the council.

Issues discussed during the interaction included measures to improve education and health care in the constituency, the formation of the Kwahu Youth Choir and infrastructural development.

The MP hinted that there were plans to organise an interdenominational Praise and Worship Service in the constituency to express appreciation to God for his mercies and ask for his blessing in the years ahead.

He acknowledged that 2022 had been a difficult year and attributed that primarily to the Covid-19 pandemic and the Russia-Ukraine war.

He was, however, optimistic that the signs of economic recovery witnessed in the latter parts of 2022 would be consolidated to make life more comfortable for the citizenry.

The Christian leaders expressed appreciation to the MP for the invitation and prayed that such interactions be institutionalised and made regular to help foster fruitful engagements between the clergy and political leaders.

Present at the meeting were the Municipal Chief Executive of Kwahu South , Emmanuel Ofori Atta Snr, and some constituency party executives.