PNC calls on President to act on Health Minister’s conduct 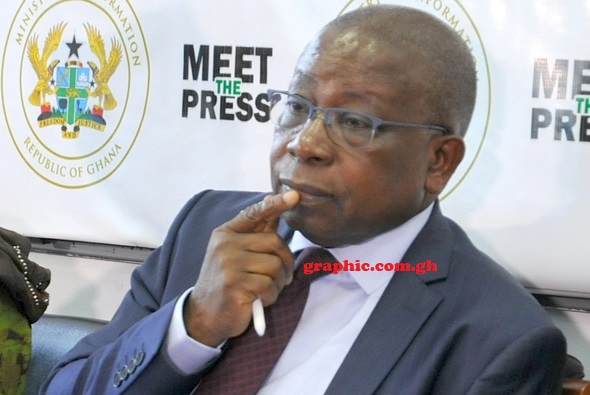 The Peoples National Convention (PNC) has called on the President to handle issues surrounding the status of the Minister of Health in a way that will sustain the confidence of citizens in the laws of the country.

A section of the public and civil society organisations have been demanding the resignation of the Minister of Health, Mr Kwaku Agyeman-Manu, following revelations by the Parliamentary Committee that probed the Sputnik V contract that he breached constitutional and procurement regulations.

Others are also urging the President to relieve the minister of his post should he fail to resign.

Speaking to the Daily Graphic yesterday, the General Secretary of the PNC, Ms Janet Asana Nabla, said to the extent that the minister had not followed regulations in Article 181(5) on procurements as reported by the parliamentary adhoc committee, and for the fact that he could not confirm payment of the 50 per cent of the cost to the middle man, it made it difficult for him as minister to exonerate himself from what the PNC described as a mess.

"This is one of the many issues that boils down on procurement breaches which has led to increasing corruption cases in the country," Ms Nabla said.

The PNC General Secretary indicated that for a minister who once chaired the Public Accounts Committee of Parliament, he was fully aware of the procurement regulations and the negative effects of such breaches on our public purse.

The Health Minister, Mr Agyemang Manu, is currently under intense criticism for breaching procurement processes while trying to secure the Sputnik V for Ghana, and has admitted he signed the agreement without parliamentary or cabinet approval, or the approval of the Public Procurement Authority (PPA).

Following a public outcry over the deal after a parliamentary probe, Parliament made a recommendation to the Ministry of Finance to take all measures to recover the $2.85 million (GH¢16.3 million) advance payment made to Sheikh Al Maktoum by the Ministry of Health.

Meanwhile, the businessman and member of the ruling royal family of Dubai in the United Arab Emirates (UAE), Sheikh Ahmed Dalmook Al Maktoum, has decided to refund the money after a request from the Minister of Health, Mr Agyeman-Manu.

That notwithstanding, some members of the public are demanding the resignation of the Minister of Health who currently is on a two-week leave.