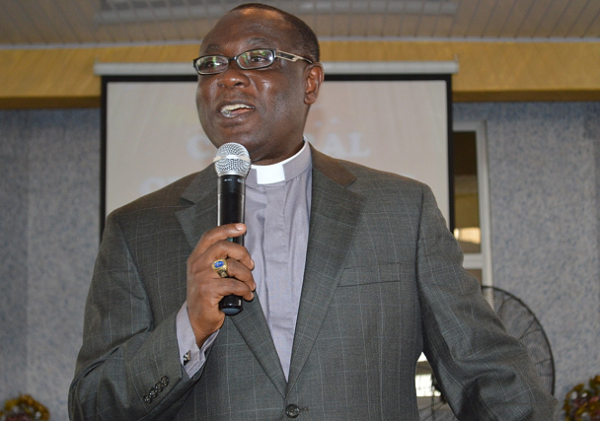 The National Peace Council (NPC) says it is working behind the scenes to resolve issues raised by the National Democratic Congress (NDC) about the Electoral Commission’s (EC) declaration of the presidential poll results in favour of President Nana Addo Dankwa Akufo-Addo.

The NPC said it was currently engaging other key personalities and stakeholders who could be of help to address the challenge.

“It is a complex issue now, when people experience shock, pain and loss, they react differently. Sometimes there is the need to allow tension to go down before you can re-engage and so what we are doing now is to determine the best approach to the whole issue going forward,” the Chairman of the NPC, Rev. Dr Ernest Adu-Gyamfi, told the Daily Graphic yesterday.

The NDC has rejected the EC’s declaration of President Nana Akufo-Addo as winner of the 2020 presidential election, saying the NDC won the presidential and parliamentary elections.

It said it would not accept the verdict of the commission since the result was flawed, stressing that it would employ all legitimate steps to reverse “this travesty of justice.”

But Rev. Dr Adu-Gyamfi said since the NDC began the controversy over the election results, the NPC had received calls from many foreign missions in the country, asking the kind of help the council would need to address the problem for peace to prevail.

However, he said, the council had told those embassies to hold on so as to enable it to determine the best way to go around the issue.

“Once we are done, I think we would be able to speak to the public as to what steps we have taken.

“We would, therefore, urge Ghanaians to remain patient and peaceful since we are working feverishly to ensure that the country remains peaceful,” he said.

Rev. Dr Adu-Gyamfi reminded the political parties that they signed a peace accord and as part of that the requirements were that they would accept the verdict of the elections, go to court if they had grievances and encourage their members to be peaceful “so we expect them to adhere to what they signed to make sure that the country remains peaceful”.

“I really want to appeal to former President John Dramani Mahama, in particular, to speak to his people to calm down and then we take steps to deal with the matter. There are regulations regarding electoral disputes and how to resolve them. Going to the streets does not solve the problem,” he said.

Rev. Dr Adu-Gyamfi, who is also the President of the Ghana Baptist Convention, said once it was mediation, it was difficult to put a timeline to it and that it would not relent at all in addressing the issue.

In doing that, he said, the council was engaging other people who could be of help, adding that “we need to spend Christmas in peace; the country cannot continue to be doing politics all year”.

The NPC chairman charged the winners of the elections to be considerate in their jubilations, since people on the other side were in pain for which provocations would not bode well.

Rev. Dr Adu-Gyamfi said the early response group put in place to monitor the elections was meeting to review its operation in the last week, adding that “we had 350 reporters on the field, the National Commission for Civil Education had 1,300 reporters in addition to ours on the field.

“Our situation room had 45 staff who were collating information from all the reporters from the field,” he said, adding that there was also a group of analysts to analyse information and blogs on the Internet.

The early response group has organisations including the NPC, the NCCE, Star Ghana and Institute for Democratic Governance as members.

In all, he said the election was successful and peaceful in spite of the isolated cases that were reported.