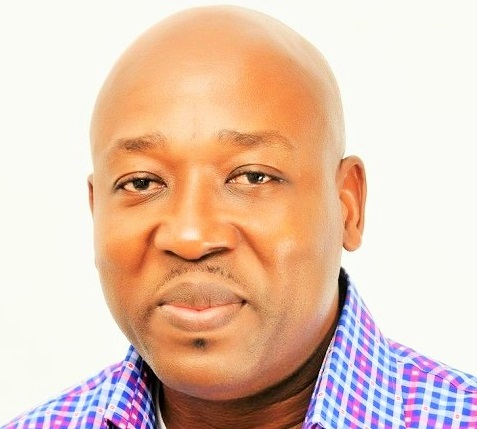 The Volta Regional Chairman of the New Patriotic Party (NPP), Makafui Woanya, has said the revival and remarkable progress of some key infrastructural development projects in the region bear ample testimony to the party’s commitment to giving the region its fair share of the national cake.

He mentioned the steadily progressing Eastern Corridor Road Project, Sokode-Ho Dual Carriage Road Project, which is nearing completion, and the ongoing, Southern Sector Water Systems Extension Project as monumental evidence of the NPP’s dedication to addressing the needs of the region.

“The University of Health and Allied Sciences which the NDC is always quick to claim as their baby is seeing massive infrastructural expansion,” Mr Woanya added.

He was speaking at an end-of-year media soiree at his residence at Sokode-Lokoe, near Ho, last Friday (December 30, 2022).

The event which was attended by about 30 media practitioners in the region was graced by the Communications Director of the NPP, Richard Ahiagbah.

The NPP Regional Chairman urged the media to take a firm stand to resist attempts by some propagandists to belittle the development achievements of the government in the bid to pursue their parochial and selfish interests.

He observed that in recent times, some political zealots made pronouncements which sought to undermine the peace and stability of the nation, and said that amounted to toying with the destiny of the nation.

Mr Woanya reminded the gathering that if the trend was left to lead to an upheaval in the country, it was the media which would become the first casualty.

“Therefore, the press has a vital role to play in the preservation of our collective security and stability,” he added.

He said it was mind-boggling that those who failed to attend to the needs of the people when they were in power were now criticising the government for failing the people.

Mr Ahiagbah urged the media to maintain a high standard of professionalism and only present their reports after making in-depth and balanced analysis of what they were presented with by ambitious politicians.

The South Dayi District Chief Executive (DCE), Attah Kudjoh, commended the media in the region for their wide and detailed coverage of activities not only in the urban centres but in the rural areas as well.

The Ho Municipal Chief Executive, Divine Bosson, said the assembly would vigorously involve the local media in its tourism development agenda this year.

The Regional Chairman of the Ghana Journalists Association, Emmanuel Agbaxode, said the association was poised to support the various assemblies and the Volta Regional Coordinating Council to lift the region to greater development heights.