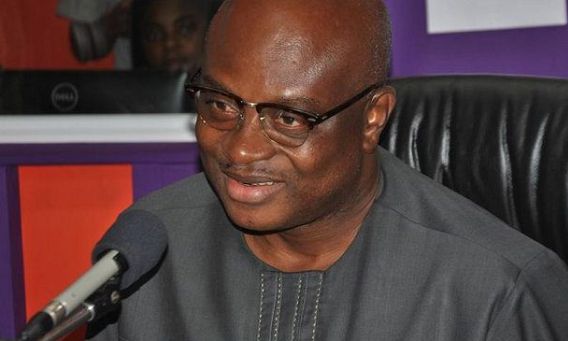 “The Volta Region is the backbone of the NDC, and so a Vice-President from the region will only be consistent with its status as such,’’ he maintained.

Mr Bonsu, however, made it clear that his vice would not be a mere ceremonial personality but rather a pro-active assistant.

Mr Bonsu said these when he paid a courtesy call on the Volta Regional House of Chiefs (VRHC) in Ho last Friday to formally inform the members of his ambition to run for Presidency in the 2024 general election.

The visit coincided with the 30th anniversary of the NDC.

Mr Bonsu affirmed that restoring discipline among the citizenry would be among his priorities, saying the entire nation was drifting off course because of the widespread lack of respect for the law.

“The lawlessness is readily evident at workplaces, in traffic and also among young people, and this must stop,” Mr Bonsu insisted.

He said his plans to restore discipline among young people included the introduction of a two-year military service for school leavers.

“The military has various units and the service personnel would be placed at the unit which matches their credentials from school,” he explained.

The presidential aspirant also pledged to restore justice in the country, fight corruption to the fullest degree and also create jobs for young people as a matter of great importance.

Mr Bonsu, who was given a rousing welcome by the house, noted that the Volta Region had great tourism and agricultural potential, for which reason his administration would fix the roads in the area promptly to tap those potential.

He pledged to work hand in hand with the chiefs in an ambience of honesty to ensure the smooth progress of the region, saying: “We do not want to lose our backbone”.

Mr Bonsu observed that the Volta Region was unique in beauty and gave an assurance that great zeal and resources would be committed to protect the area’s environment and promote education and health to greater heights.

For his part, the President of the VRHC, Togbe Tepre Hodo IV, said Mr Bonsu's decision to stand for the Presidency was a bold and laudable move, and his concerns for the welfare of the Volta Region were touching.

Togbe Hodo, who is also the Paramount Chief of Anfoega, said it was high time the political and development landscape of the region was changed for the better.

He wished Mr Bonsu well in his ambition and reminded him that he would be constantly held accountable for his pledges if he got the nod.