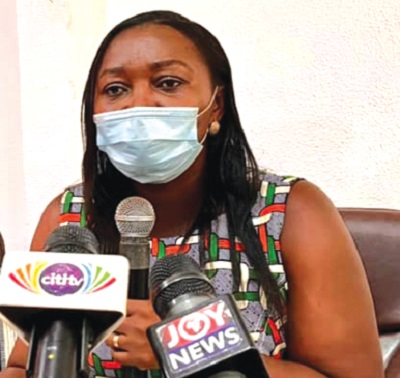 Metropolitan, Municipal and District Chief Executives (MMDCEs) in the Central Region have been tasked to step up their supervisory roles to ensure efficiency at the district assemblies to ensure officers deliver on their mandates in the districts.

The Central Regional Minister, Justina Marigold Assan, who made the call, also urged MMDCEs to demonstrate a renewed commitment in order to reverse the region’s growth performance and put it on a path of sustainable development.

Mrs Assan said she was not happy that the best assembly in the region was ranked 64th nationally while many assemblies were among the last 20 non-performing in the country, describing it as “not too impressive”.

“To be candid, our performance was not good enough. We need to change the narrative and work assiduously to reverse this unfortunate trend,” she said.

The meeting assessed the region’s achievements and failures in the last year and discussed ways to expedite the region’s development in the coming years.

Mrs Assan said despite the challenges, the region successfully hosted a number of major national and regional events such as the Independence Day celebration, National Festival of Arts and Culture, and Central Expo.

With regard to security, Mrs Assan observed that the region was generally peaceful but there were a few criminal cases such as the alleged Mankessim ritual killing as well as some chieftaincy disputes.

Mrs Assan, therefore, implored the Central Regional House of Chiefs to help resolve such disputes to send peace and development to the affected areas.

She also noted that the region was making great strides in agriculture, indicating that the quest to make Central Region a hub of rice production was on course with Korean International Cooperation Agency (KOICA).

“I am happy to inform you that management has entered into a Memorandum of Understanding with TIAS Group, a Chinese company, to help develop and supply agricultural machinery to transform agriculture in the region,” she added.

On sanitation, she charged the assemblies to work hard at improving the sanitation in the districts to promote tourism development.

The minister called on the Metropolitan, Municipal and District Assemblies (MMDAs) to work more closely with the RCC to transform the region.

For his part, Odeefo Amoakwa Buadu VIII, the President of the Central Regional House of Chiefs, intimated that the house was working to resolve all chieftaincy disputes as soon as possible.

He noted that there was 39 cases currently before the house but the numbers kept growing as they settled existing cases.