Assin North MP must be cited for contempt - Godfred Dame 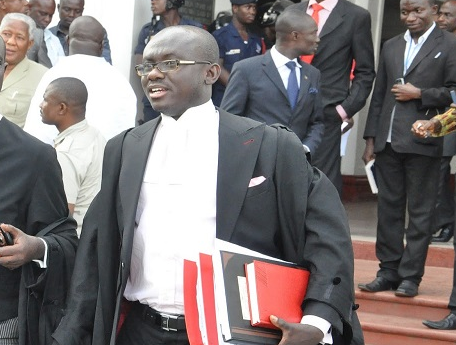 Mr Quayson was sworn-in as MP on Thursday, January 7, 2021, despite a court injunction against his election as MP.

Speaking in a radio interview on Accra-based Citi Fm on Friday, Mr Dame said the MP’s action was an affront to the court’s directive.

He, therefore, urged the plaintiff to bring the matter up in court.

“Clearly, if a person acts in violation of a court order and if a person acts in woeful disregard of the authority of a court, it is something that is in contempt of court. But of course, whether the contempt will be followed or not, is for the lawyers who were involved in the matter to take the necessary decision, and it is up to them to pursue the issue of contempt,” he said

The Cape Coast High Court on Wednesday, January 6, 2021, granted an injunction restraining Mr Quayson from holding himself as an MP for the Assin North Constituency.

The injunction was filed by one Michael Ankomah-Nimfa of Assin Bereku.

In November last year, a group calling itself "Concerned Citizens of Assin North" petitioned the EC in the Central Region to withdraw the candidature of Mr Quayson as they said he owed allegiance to Canada contrary to Article 94 (2) (a) of the 1992 constitution of Ghana, which states, “A person shall not be qualified to be a Member of Parliament if he – (a) owes allegiance to a country other than Ghana.”