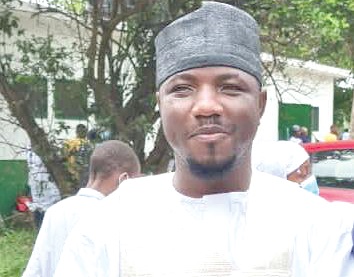 A Senior Lecturer at the Department of Political Science of the University of Ghana, Legon, Dr Seidu Alidu

A Senior Lecturer at the Department of Political Science of the University of Ghana, Legon, Dr Seidu Alidu, has called for approval of the President's nominees for the position of Metropolitan, Municipal and District Chief Executives (MMDCEs) to help the government achieve its development agenda.

He said provided a nominee had stakeholder buy-in, was competent and understood local politics, partisanship must be set aside by assembly members in favour of the development of the respective districts.

According to Dr Alidu, any delays in approving the nominees would further shrink the tenure of the MMDCEs to about two years following the nine-month delay in announcing the nominees and 2024 being an election year.

"Generally, if you look at the delay that has characterised the nominations, I will expect that the approval should just be straightforward so that these people will hit the ground running," Dr Alidu said.

"Because they have already spent about one year not doing anything or not knowing their fate. So, they just have roughly two years out of the four years to bring development to the area and administer it in such a way that people will live better lives".

Dr Alidu also advised the nominees not to view any further delays or their relatively brief tenures as an excuse not to perform but an opportunity to create a lasting impression in the minds of the people and build their political careers.

"It is no excuse to say that you only had two years so could not do anything because this is a privileged position; many people wanted it and you went through a rigorous process," he said.

"If you are chosen out of the several lot, it means a lot of confidence has been reposed in you and you can use two years to make your mark. Mind you, some of the people who have been nominated nurture parliamentary ambitions and want to move up the political ladder, so they have to justify their inclusion".

He also urged the government through the Local Government, Decentralisation & Rural Development Ministry to kickstart the process to ensure a swift approval of all the nominees by writing to them officially after last Sunday's announcement of the nominees.

Dr Alidu reiterated the need for amendment of Article 243 (1) of the 1992 Constitution to allow citizens to vote for MMDCEs on a non-partisan basis.

"If we want to make the process fair and faster than it is now, we should allow the people to vote for MMDCEs. If this happens, the process wouldn't delay and there will be no issue of approvals and this will relieve the government of the burden of forming committees to select people and taxpayers funds would also be saved," he stated.