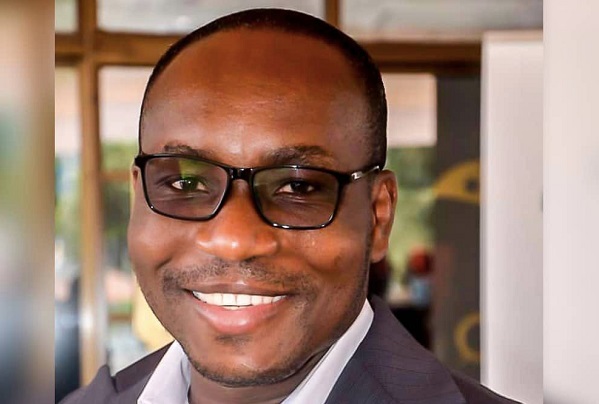 The Ellembelle District Chief Executive, Mr Kwesi Bonzo has been admitted to the Global Parliament of Mayors (GPM) in recognition of his commitment to the development of the district and exemplary leadership.

A statement and publication by the Global Parliament of Mayors described Bonzoh as a result-oriented entrepreneur and politician who believes in achieving goals through leadership, teamwork and commitment to hard work to improve the lives of his people by empowering them to improve their lot.

It said Mr Bonzoh was subject to a rigorous process of qualification and that his works were followed closely, saying GPM realised he (Mayor Bonzoh) sees the public office as a credible alternative tool for socio-economic development and mass poverty reduction.

“Mayor Bonzoh was first appointed as the Mayor of the Ellembelle District in July 2017 for a 4-year term to be responsible for the day-to-day performance of the executive and administrative functions of the district assembly,” the statement said.

It said his re-appointment for another 4-year term in September 2021 after having successfully served his first term of office was a testament to their findings about him.

The group according to the statement was proud Mayor Bonzoh becoming a GPM member and the first Ghanaian to join the group.

In his response after becoming a member, Mr Bonzoh said, “I am highly excited to be admitted into the membership of the Global Parliament of Mayors.”

He said: “I can only say I will do more to ensure that the best is delivered to the people of Ellembelle and the region as a whole.”

“I am accepting the honour extended to me to be part of this network of distinguished city leaders across the globe committed to making real impacts in the lives of the people we serve and I would do more with my team at the assembly,” he said.

The admission he said provided him with the opportunity to fully and actively participate in the activities of the GPM as a means of contributing towards achieving its shared objectives and aspirations.

“The mission is to convene a Global Parliament of Mayors to facilitate debates between mayors, national governments and international organisations, drive systematic action to take on global, national challenges and opportunities to achieve change on a global scale,” he said.

“We will learn and share experiences for the betterment of our people, mayors take leadership and ownership of the global challenges that they face on a local level to improve the lives of the people, and create the needed change in society,” he said.

The Ellembelle District Assembly he said would ensure the total development of the District through effective management of resources in collaboration with ministries, departments, agencies and non-governmental organizations in order to improve the quality of life of the people in the district.

Mr Bonzoh said the district was working with various companies to ensure its speedy development.

"We recently organised Ellembelle BusinessExpo which showcased the potential of the district – which plays host to large scale mining, space financial and economic hub and becoming a gas corridor after the discovery of development and production oil in the country hosting two giant gas infrastructure".