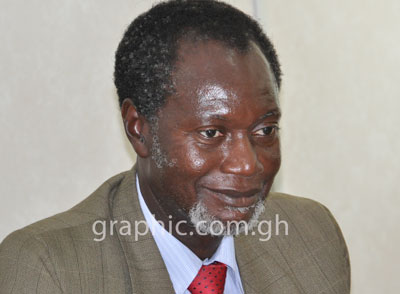 The Progressive People’s Party (PPP) has called on the parties in the presidential election petition to make an open declaration to accept the verdict of the Supreme  Court.

This has become necessary due to the increasing level of high political tension in the country as a result of the disputed presidential election result and the unbearable economic and social conditions in Ghana.

According to a statement signed by Mr Kofi Asamoah-Siaw, National Secretary of the PPP, “The 1992 Constitution enjoins all Ghanaians to accept, respect and obey the decisions of the Supreme Court.”

“However,  the refusal of any of the parties to accept the decision of the Supreme Court will have dire consequences for the Republic of Ghana. It is in this respect that the PPP finds it necessary to call on the parties to the petition to demonstrate enough commitment beyond reasonable doubt to accept unconditionally the ruling of the Supreme Court,” the statement added.

“We urge our security agencies to consider carefully the sources of threats to our national peace and cohesion even when they emanate from within the government. We urge the security services to assure the people of Ghana of their impartiality in the performance of their duty especially during the trial and after the final declaration of the Supreme Court,” the PPP stated.

It said Ghana belonged to all Ghanaians and they must demonstrate unalloyed loyalty to the State and all its citizens and not to the government and political parties. They should be fair and firm in the application of the law.

“We also appeal to all civil society organisations, religious bodies, the National Peace Council and professional organisations to constantly remind and educate the parties and the entire population at the least opportunity  on the need to respect the rule of law.

“We pray for our Supreme Court Judges to have the courage to be fair, firm and apply the law without fear, favour or political expediency,” the PPP statement concluded.