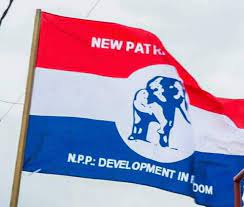 Mr Kutin, who has been at the helm for two consecutive terms is seeking a third term in the three-man race.

The third candidate, Mr Alfred Kojo Thompson, a financial executive, is largely considered an outsider in the race.

While, Mr Kutin is known for his wealth of experience in the regional political terrain, having led the onslaught on the National Democratic Congress' fortunes in the region to bring the NPP back to power in 2016, the party's not so fascinating performance in the 2020 elections takes a bit off his shine.

Some say the regional party needs a breadth of fresh ideas.

Dr Essibu has since 1992 professed his support for the party in the region, saying he was the best for the chairman job.

Some party faithful see the region's future with Dr Essibu who they indicate is likely to give Kutin a run for his money.

One Female, three males
For the treasurer position, Faustina Baah, the only female would take on three males, Francis Asare, Michael Kyeremateng and Kwesi Eyi Acquah.

The youth organizer position is between Samuel Annobil Baidoo and Kenneth Quansah while the Nasara Coordinator position would be contested by incumbent Abubakar Osuman and Djagaba King Safianu.

A court injunction imposed on the conference has since been lifted, paving the way for it to be rescheduled for tomorrow Saturday June 4, 2022.

This was after the Alternative Dispute Resolution and Legal Support Committee of the party resolved the outstanding fracas out of court and recommended that elections for the Ekumfi constituency be held on Friday June 3, 2022 to allow for delegates from the constituency elect delegates to vote in the national election.