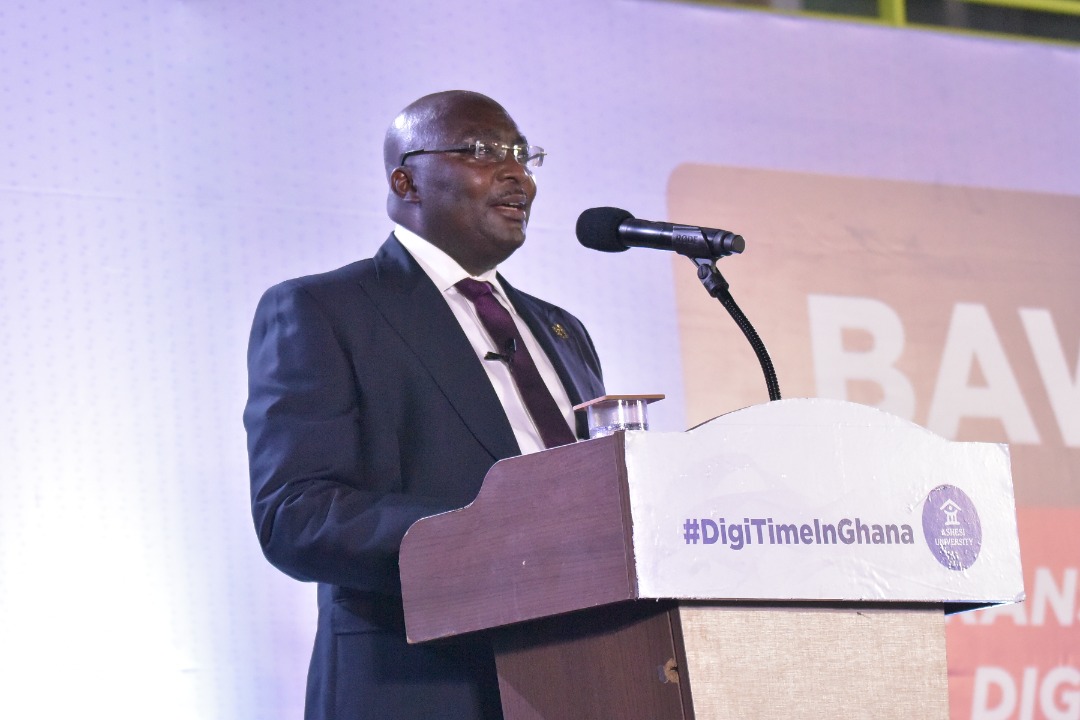 Vice President Dr Mahamudu Bawumia has underscored the significance of digitalisation of economies globally revealing that those that fail in this regard will become uncompetitive in the emerging global digital revolution.

Speaking at Ashesi University in the Eastern Region on Ghana’s digitization drive under theme “Transforming an economy through digitalization: The Ghana story”, the head of the country Economic Management Team noted that Forum’s Global Information Report estimates that “an increase of 10% in a country’s digitalization score fuels a 0.75% growth in GDP per capita”.

“It is therefore clear that going forward, countries that fail to digitalize their economies are likely to be uncompetitive in the emerging global digital revolution”, he revealed.

According to him, the President Nana Addo Dankwa Akufo- Addo is focused on pursuing digitalization as part of our economic strategy emphasizing that “because the Fourth Industrial Revolution is upon us and we must be part of the modern world. Also, there is a growing body of empirical evidence that illustrates the capacity of digital technology to create jobs, significantly boost productivity, increase income and support wealth creation”.

To this end, he stated that there is a need to transform Ghana’s economy through digitalization because “ it is important that we highlight the critical nature of digitizing the economy and how it underpins the reforms that the citizenry expect of government. We can only build a vibrant modern nation if we have strong systems and institutions that work”.