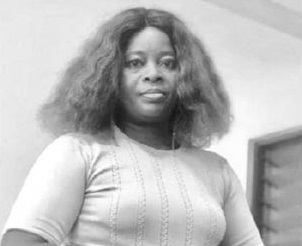 A Patron of the Greater Accra Zongo Caucus of the National Democratic Congress (NDC), Cecilia Asaga, has called on members of the Tertiary Education Institution Network (TEIN) to close their ranks to enable the party to win the 2024 general election.

She said TEIN, which was the party’s tertiary institutions’ wing, harboured the party’s intellectuals to provide competence, knowledge and experience to assist the NDC to win in 2024.

“The party has several departments and divisions in which the youth can assist, including Information and Communications Technology (ICT), research and development, diaspora links and communication,” Ms Asaga said.

She made the call in a speech read on her behalf during the fifth anniversary of the TEIN-NDC chapter held at the Dormaa campus of the University of Energy and Natural Resources.

Ms Asaga urged the students to get ready for a strong campaign aimed at removing the government from office in the upcoming election.

She said the youth of the NDC and the country could play a crucial role in grassroots mobilisation to ensure they had a prosperous future.

She further charged members of TEIN to maintain their stance with honour and pride, to resist injustice and not allow themselves to be coerced into remaining silent.

“With you, Ghana has a bright future, and no amount of intimidation or police brutality can extinguish the patriotism we feel in this auditorium,” the patron said.

Ms Asaga said the government was compelled to ask for assistance from the International Monetary Fund (IMF) because of poor management, excessive borrowing, corrupt expenditures and wasteful spending.

“They have blamed John Mahama, COVID-19 and the war between Russia and Ukraine, and they will soon blame the flames in Europe,” she bemoaned.

Ms Asaga stated that jobs and employment opportunities were what the youth required, but the NPP government had not been able to rise to the challenge.

“I was devastated and in tremendous agony when I saw an image of a young man carrying a sign and begging for work on our highway; this is the truth of our time,” she lamented.

She, therefore, urged the youth to take control of their own destinies by working together to ensure victory for the NDC in the upcoming general election.

She also stated that the incoming NDC government would foster an environment that was conducive to the creation of jobs, making it possible for young people to find work after completing their education.