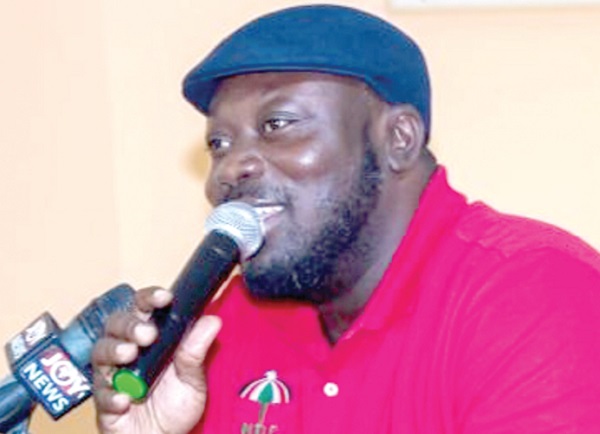 THE Cape Coast North Constituency of the National Democratic Congress (NDC) has launched a campaign drive dubbed, “Agenda 10,000 first-time voters” to enable the party to annex the constituency in the 2024 general election and beyond.

The initiative was launched at the maiden general meeting of its branch youth organisers held at Cape Coast to rally them for the party’s victory in the 2024 general election.

It was on the theme: “Rallying for Victory 2024: The role of the Branch Youth Organisers.”

The members were equipped with strategies they could use in winning new first-time voters for the party in the constituency for the 2024 election.

At the meeting, the National Youth Organiser of the party, George Opare Addo, popularly known as “Pablo” admonished the youth to mobilise the grass roots of the party for victory in the 2024 general election.

He stated that rallying for victory 2024 should not just be a slogan but be seen as a call to action which required hard work from all beginning with the youth.

He indicated that victory was in arm’s reach and all efforts must be done to ensure victory at the constituency, regional and national levels.

MP
The NDC Member of Parliament for Cape Coast North Constituency, Dr Kwamena Minta Nyarko, popularly known as “Ragga,” in his speech, admonished disgruntled youth members of the party to make their grievances known with appropriate in-house authorities for resolution.

He urged them to desist from attacking and criticising the party’s leaders publicly an act he said, connoted a divided front and which was not needed going into the 2024 elections.

The Constituency Youth Organiser, Godfred Onso-Nyame, indicated that the meeting was to bring the youth and the leadership together to strategise effectively for a massive win in the 2024 elections.

The constituency executive of the Cape Coast North Constituency, the Tertiary Education Institution Network (TEIN), the students’ wing of the NDC presidents of the various tertiary institutions, and some members of the party from the constituency were also present at the meeting.