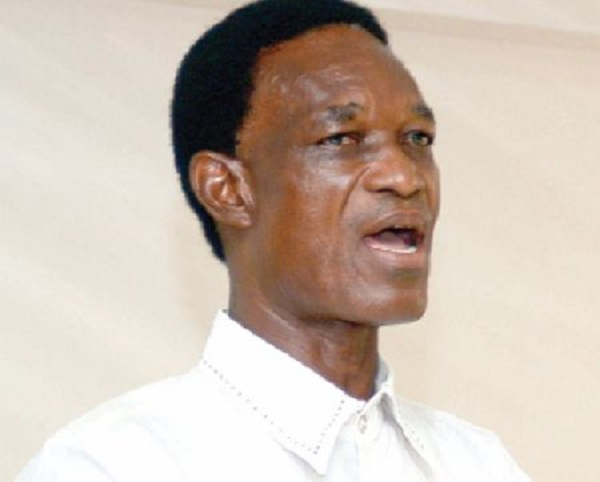 The Deputy General Secretary in charge of Operations of the Industrial and Commercial Workers Union (ICU), Brother Morgan Ayawine, has challenged local union executive members under the umbrella of the ICU to be guided by the provisions of the Labour Act and the Collective Bargaining Agreement (CBA) in their actions and operations to create a serene atmosphere at their work places.

He also urged them to be honest, committed, fair and firm in discharging their core responsibilities to the benefit of unionised members and their respective organisations to accelerate growth and revenue generation.

“The essence of a trade union at the workplace is to help sustain and strengthen the symbiotic relations between employees and employers without which there could be no meaningful production and socio-economic advancement of the organisation,” Bro. Ayawine observed during the inaugural ceremony of the newly elected local union executive members of the Volta Star Textile Limited in Accra.

He said trade unions were to ensure harmony at work places with the view to increase productivity and revenue generation for the mutual benefits of workers and management, and that it was important for both parties “to open up and make full disclosure of relevant information that would help partners appreciate and make good decisions that would promote the expansion of their organisations.

“It should be noted that capital and labour today are equal partners, and they must, therefore, be harnessed and harmonised dispassionately for increased productivity to result in profitability for the good of all social partners,” he said.

Bro. Ayawine, however, admonished management in various organisations to discharge their responsibilities with fairness devoid of any form of discrimination.

This, he said, would motivate unionised members to go the extra mile in discharging their core responsibilities.

Acknowledging that the COVID-19 pandemic had caused havoc to the operations of businesses in Ghana, Bro. Ayawine said it was important for workers to always observe the relevant COVID-19 protocols to stay safe and healthy.

“It is incumbent on all of us as workers and management to stay safe and healthy to be able to continue being productive,” he advised.