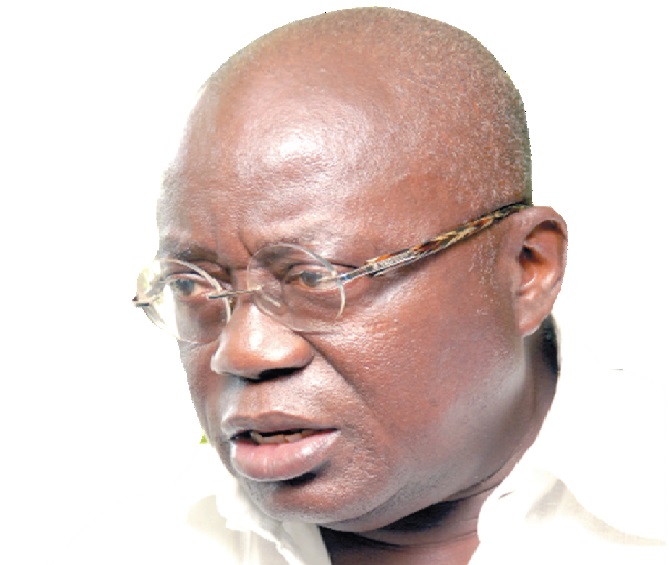 The Presidential Candidate of the New Patriotic Party (NPP), Nana Addo Dankwa Akufo-Addo, possesses an impressive record of national political activism and achievements that spans a period of four decades.

Starting actively from 1977, he was the General Secretary of the broad-based People’s Movement for Freedom and Justice (PMFJ), established to oppose the perpetuation of military rule in Ghana.

With the advent of the fourth republic democratic dispensation, he became a founder member of the New Patriotic Party (NPP) which he currently leads.

One notable activity that he is credited for was that he was an active leader of the broad-based Alliance for Change, which organised the famous “Kume Preko” demonstrations in 1995 against the hardships and suffering endured by Ghanaians under President Jerry John Rawlings.

Akufo-Addo was elected three times between 1996 and 2004 as Member of Parliament for the Abuakwa South constituency in the Eastern region of Ghana.

From 2001 to 2007, as Cabinet Minister, first as Attorney General for two years and later as Foreign Minister for five years, Nana served President Kufuor with brilliance and distinction.

As Attorney General, Akufo-Addo had the satisfaction of being responsible for the repeal of the Criminal Libel Law, a law that had hitherto been used to intimidate the media and criminalise free speech. The repeal has enabled the Ghanaian media to become one of the most vibrant and freest in Africa.

As Foreign Minister, he was fully involved in the successful ECOWAS peace efforts in Sierra Leone, Liberia, Cote d’Ivoire and Guinea Bissau, and was chairman of the ECOWAS Mediation and Security Council in 2003.

He contested the presidential primaries of the NPP in 2008 and got elected to contest the December 2008 presidential elections.

He was re-elected the same year as the presidential candidate for the 2012 elections, after obtaining 78.89 per cent of delegates’ votes.

In the December 2012 polls, he protested the wrongful declaration of John Mahama as winner of the 2012 presidential election.

That decision earned him widespread acclaim from Ghanaians, local and international organisations such as the United Nations, European Union and the African Union.
Nana Akufo-Addo was re-elected presidential candidate for the 2016 elections, after obtaining 94.35 per cent of delegates’ votes.

Born on March 29, 1944, in Swalaba, Accra, Nana Addo Dankwa Akufo-Addo was raised in Accra, Ghana’s capital. His father's residence in Accra was effectively the headquarters of the country's first political party, the United Gold Coast Convention (UGCC), after it was formed at Saltpond on August 4, 1947. Three of the Big Six (founding fathers of Ghana) were Nana's blood relatives: J.B Danquah (grand uncle), William Ofori Atta (uncle) and Edward Akufo-Addo, who became the third Chief Justice and later ceremonial President of the Republic from 1970-72, was his father.

Akufo-Addo had his primary education at the Government Boys School and later Rowe Road School both in Accra Central. Nana went on to England to study for his O’Level and A’ Level examinations. He returned to Ghana in 1962 to teach at the Accra Academy before going to the University of Ghana in 1964 to read Economics.

After graduating as an economist, he went on to read law in the UK and was called to the English Bar (Middle Temple) in July 1971 and the Ghana Bar in 1975.

He is married to Rebecca, daughter of the Speaker of the Parliament of the Third Republic of Ghana, the late Mr. Justice J.H Griffiths-Randolph. They have five children and five grandchildren. They are both devout Christians.

After his call to the English Bar, he went to work in Paris, France, as a lawyer with a then renowned international US law firm, Coudert Freres, for a period of five years.

Apart from the welcome exposure to the dynamics of international corporate transactions, his stay in France also made him fluent in French, attributes which have stood him in good stead.

In 1975, he returned home to Accra to continue with his legal career. He joined the chambers of U.V Campbell from 1975-1979 and in 1979, co-founded the law firm, Akufo-Addo, Prempeh & Co, which has become one of the most prominent law firms in Ghana. He is acknowledged as one of the most brilliant advocates of his day, if not in the history of the Ghanaian Bar.

Nana Akufo-Addo was, on October 18, 2014, re-elected to lead the New Patriotic Party into the December 2016 general elections, after securing an overwhelming 94.35% of the total valid votes cast at the party’s presidential primary.

His closest competitor, Alan Kyerematen, obtained 4.75%, while the candidate who placed third obtained 0.90% of the total valid votes cast.

In his victory acceptance speech on the night of October 18, Nana Akufo-Addo assured the NPP and Ghanaians of victory in 2016.