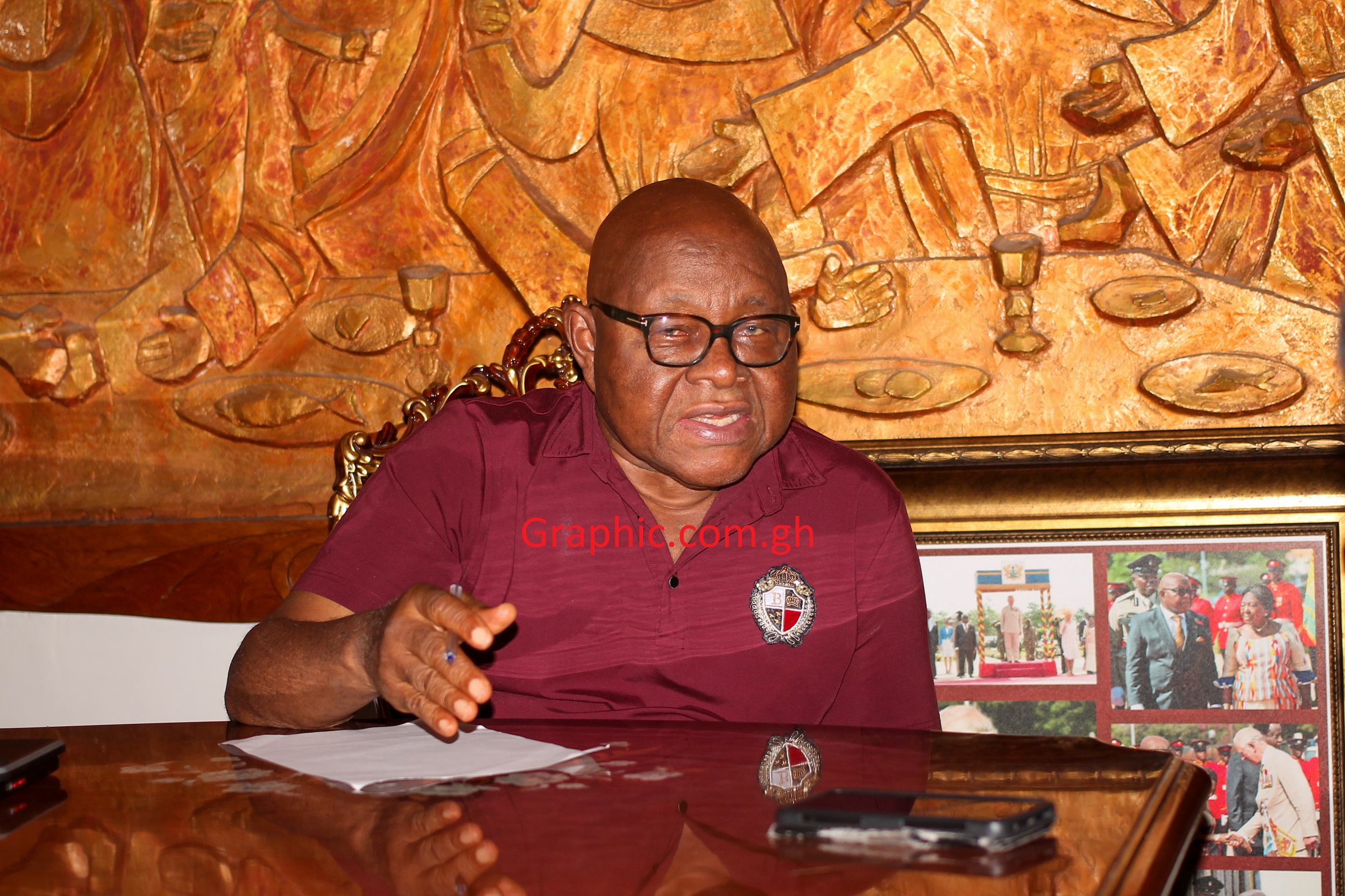 A former Speaker of Parliament, Prof. Aaron Mike Oquaye, has said the crusade for attitudinal change among Ghanaians must be led by the country’s leaders across the board.

“All our leaders in society must lead lives worthy of emulation to advance the cause of society and the well-being of the people,” Prof. Oquaye told the Daily Graphic in an exclusive interview in which he shared his perspectives on the 30th milestone of the Fourth Republican Constitution.

Last Saturday, the country marked the 30th anniversary of the promulgation of the 1992 Constitution, which ushered in the Fourth Republic.

Today has been declared a public holiday to enable Ghanaians to reflect and evaluate on how far the new democratic dispensation has travelled and what needs to be done to strengthen the process, going forward.

Prof. Oquaye noted that constitutional review, as was being advocated, was necessary, and that it must be done alongside attitudinal change which leadership across the board must drive.

The champion of constitutional review disagreed with a suggestion by a senior legal practitioner, David Ofosu-Dorte, in his Constitution Day Public Lecture last Thursday, that there was no need to comprehensively review the Constitution, as a review without a change in mindset and culture would be an exercise in futility.

Prof. Oquaye stressed that attitudinal change was not a substitute for constitutional change, and that both were important.

"Both the constitutional review and attitudinal change are important to pursue as a nation. Nevertheless, an unexamined life is not worth living. Therefore, we need to examine areas which need to be amended, so that the Constitution can become better. That is the essence of what we are talking about," he said.

"Our churches, mosques and schools must also play their roles effectively to bring the change in mindset we all desire,, since they are the institutions of change," he added.

Prof. Oquaye said the culture of ‘Dwantoa’, to wit ‘running to influential figures to plead on one’s behalf,’ must stop.

"All manner of important chiefs, big people, the clergy and so forth are ready to go and plead when somebody does something wrong and is punished," he said.

That, he said, had become a culture and wondered how society could go on like that when a person went wrong and must be corrected.

To buttress his point, the immediate past Speaker, who is leading a process to possibly review sections of the 1992 Constitution, cited jurisdictions such as the United States of America (USA) where, if anyone took a piece of paper from the workplace or used the workplace telephone for personal calls it was termed an abuse and the perpetrator punished, including dismissal.

The elder statesman called for aspects of the 1992 Republican Constitution to be reviewed to make it more responsive to the needs and circumstances of the country.

Prof. Oquaye mentioned the areas that needed review as the Affirmative Action to enhance women's rights and their participation in politics, local government to make it more responsive to the needs of the people, the need to stop the appointment of parliamentarians as ministers to make the Legislature autonomous and effective and political party financing to prevent monetisation in politics.

The others, he said, were the appointment of the Chief Justice, who should be chosen by Supreme Court judges themselves at any given time and be given a five-year tenure until his/her retirement from the Supreme Court or a four-year tenure if he/she was already 70 years.

"There are so many areas where best practices should teach us that we need to reexamine. A very simple example is in Kenya where the judges of the Supreme Court elect from among themselves the president of the court, who also becomes the Chief Justice," the legal luminary and political scientist said.

"Can you imagine that this simple process can rid us of all the politics, suspicion, among others, that surround the election and appointment of a Chief Justice at any given time," he said.

"We have had a very difficult history in that regard and I think is unnecessary so," he added.

The Constitution must bite

He was also of the view that the Constitution must be made to "bite" in selected areas of the management of the country's minerals resources to derive the maximum benefits from them.

He observed that provisions must also be made in the Constitution to mandate governments to continue with the projects of their predecessors, saying the practice of a succeeding government not continuing with projects initiated by the previous administration must stop.

“A revised national planning commission in this regard will make sure that this does not happen any longer. All these are issues that have arisen in our working with the Constitution in our national politics and governance and we need to review and work on them accordingly," Prof. Oquaye said.

The former Speaker said marking the Constitution Day was significant, in view of the nation's thriving democracy.

"The Constitution is the basic document that makes us a progressive and civilised society and we must all uphold it," he said, adding that it was also the bedrock of fundamental human rights.

For instance, he said, people could no longer be detained beyond 48 hours and Parliament could not make just any law.

He explained that Parliament was not sovereign because any act which offended the 1992 Constitution could be declared null and void by the Supreme Court.

"This is very powerful. Parliament's power to legislate is not limitless, so people should not ever think that Parliament can do as it pleases. Political parties cannot do as they please; their practice must be in line with democratic principles," he said.