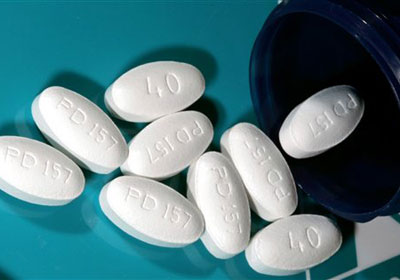 Some drugs taken to protect the heart may increase the risk of developing type-2 diabetes.

A study of 1.5 million people which was undertaken by researchers in Canada and published in the British Medical Journal, suggested powerful statins could increase the risk by 22% compared with weaker drugs.

Atorvastatin was linked to one extra case of diabetes for every 160 patients treated.

Experts said the benefits of statins still outweighed any risks.

Statins are a group of commonly prescribed drugs that lower the levels of bad cholesterol in the blood. This reduces the chances of a heart attack or stroke.

All drugs come with side-effects, but a team of researchers from hospitals in Toronto said there had been controversy around the risk of diabetes with different statins.

They looked at medical records of 1.5 million people over the age of 66 and compared the incidence of diabetes between people taking different statins.

Their report said: "We found that patients treated with atorvastatin, rosuvastatin, or simvastatin were at increased risk of new onset diabetes compared with those treated with pravastatin.

"Clinicians should considers this risk when they are contemplating statin treatment for individual patients.

Commenting on the study, Prof Risto Huupponen and Prof Jorma Viikari, from the University of Turku, in Finland, said: "The overall benefit of statins still clearly outweighs the potential risk of diabetes."

However, they said, the different statins should be targeted at the right patients.

They said: "The most potent statins, at least in higher doses, should preferably be reserved for patients who do not respond to low-potency treatment, but have a high total risk of cardiovascular disease."

Maureen Talbot, from the British Heart Foundation, said: "Statins are taken safely by millions in the UK and protect those at high risk of developing coronary heart disease.

"Although this study suggests an increased risk of older people developing diabetes when taking certain statins, other risk factors like being overweight, family history and ethnicity may have played their part.

"There are benefits and risks with all medicines so if you're worried, discuss your concerns with your GP."