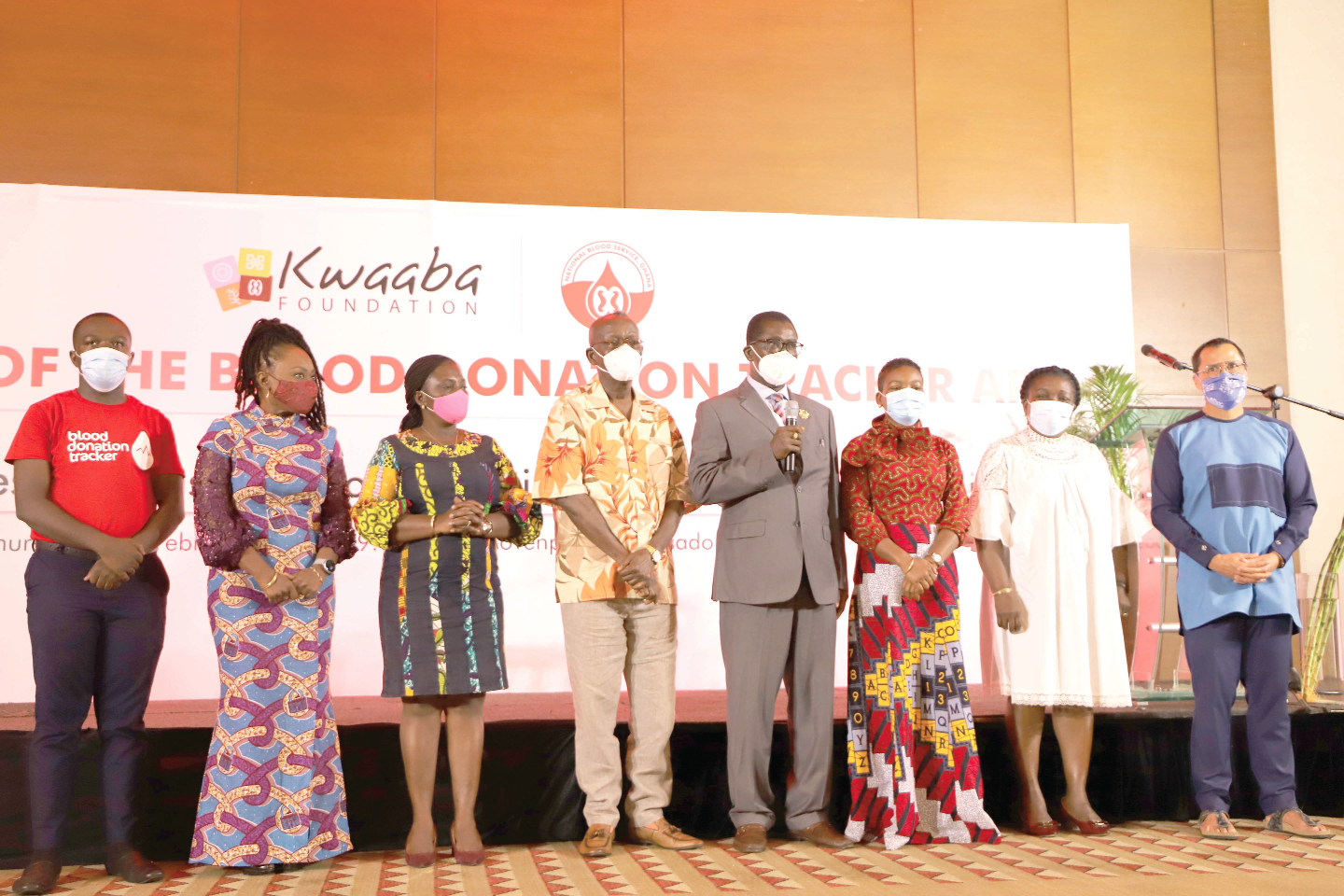 The National Blood Service (NBS) in collaboration with the Kwaaba Foundation, a Non-governmental organisation, has launched a blood donation tracker Application (app) that aims at getting more students in second cycle schools in the country to donate blood.

Blood shortage continues to be a worrying issue in view of the fact that the country has never been able to meet its blood requirement level of one per cent of the population.

Data from the NBS indicates that about 30 per cent of national blood supply is obtained from students in second cycle educational institutions, thus making them one of the country’s biggest source of blood.

It is against this backdrop that the tracker app was launched in Accra yesterday to engender pride among second cycle schools to create a healthy and responsible sense of competitiveness among them.

The tracker app is a data based mobile application developed with scalability measure to not only track donations from educational institutions but to also trace periods of blood donation by faith-based organisations, corporate institutions and other identifiable groups.

The Chief Executive Officer (CEO) for the NBS, Dr Justina K. Ansah, admitted that a key challenge the service was facing was the laborious process of gathering and analysing relevant information using a semi-automated information system.

For that reason, she said the service welcomed the proposal by the Kwaaba Foundation to develop the tracker app which would objectively assess blood donations by various senior high schools to the national blood supply chain.

She said it was evident worldwide that regular voluntary and unpaid blood donation were the most reliable sources of safe and adequate blood supply.

In Ghana, Dr Ansah said less than 40 per cent of the national blood supply was donated by voluntary unpaid donors.

She observed that young people in senior high schools and higher institutions of learning generously donated blood to save lives all over the world, providing up to 70 per cent of national blood supplies in some southern Africa regions.

“It is important to state that blood transfusion is an indispensable component of health care and saves thousands of lives each year in routine and emergency situations. Regrettably, some patients die or suffer unnecessarily because they are unable to gain easy access to blood transfusion,” she said.

She said through extensive feedback, testing and piloting, experts in Information Technology (IT) had worked tirelessly to develop the tracker, adding that the result was a fully functional and low maintenance communication system that integrated seamlessly with existing standards for blood donation documentation.

How the app works

On how the tracker app works, she said during a donation session, blood donor recruiters who visited the schools would use the app to collect data, which information would then be sent to a database that could be updated within 24 hours after which current tallies of donations per school would be shown.

She said clicking a few buttons, a user could obtain infographics on the computer dashboard, as well as relevant information, following which summaries gathered would be featured on various media channels to acknowledge the schools for their efforts.