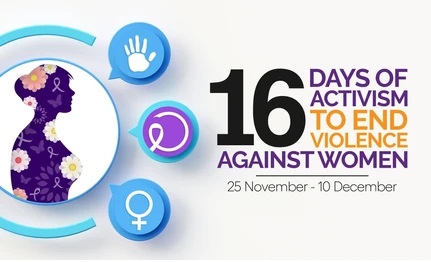 The acting Canadian High Commissioner to Ghana, Kathleen Flynn-Dapaah, has called on all to act as activists and collectively find ways to address violence against women who hold or seek positions of leadership.

That way, women would feel free to contribute to their full potential, including leading others or the society as a whole towards their vision of a better world.

She made the call at the closing ceremony of 16 Days of Activism Against Gender-Based Violence and the mark of the beginning of International Human Rights Day.

Ms Flynn-Dapaah emphasised that to maximise the impact of the country’s development and political actions and eradicate poverty, “we must passionately defend the rights of women and girls so they can participate fully in society”.

Ms Flynn-Dapaah said Canada was supporting the advancement in the protection of women’s and girl’s rights and promoting gender equality.

That, she said, was through women’s rights organisations and partnership with Plan International, the Women’s Voice and Leadership initiative.

The initiative supports small and medium local women rights organisations to implement policies in terms of advocacy and service delivery through the provision of multi-year grants and capacity building.

A panel of three women leaders shared their experience, ideas and spoke on issues of gender-based violence they faced as leaders in their careers.

The UNICEF Deputy Representative in Ghana, Fiachra McAsey, said the organisation was aware of the high rate of gender-based violence and sexual abuse against women and girls in the country.

One persistent violation of children’s rights, he said, was that of child marriage.

He explained that the country had made progress over the decades in seeking to reduce the number of marriages, but said more could be done in eliminating child marriage by 2030.

“Full commitment and collaboration among all stakeholders is key to ending child marriage,” he stated.

As part of the event, UNICEF screened Vaillante, a fictional mini-serial, which explores issue of child marriage that affect millions of girls and women across West and Central Africa.

It showcases how young people, especially girls, can be part of the solution if empowered to take action.

The three-episode series touched on the painful past of a child marriage activist, Sali, intertwined with the uncertain future of soon-to-be child bride, Adi, as they both attempt to fight against child marriage.

Mr McAsey said the serial would be “used for community mobilisation and sensitisation as part of child protection community engagement toolkits and also disseminated on TV and digital channels in 2023 to share the reality of child marriage to a wider audience”.