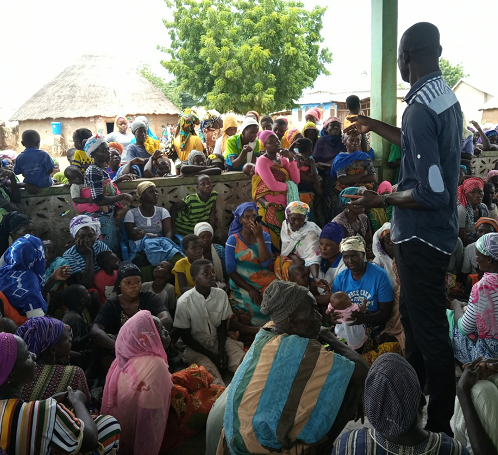 Songtaba, a non-governmental organisation (NGO) working to promote the rights of women and girls in the Northern Region has launched a project aimed at promoting gender equality and advancing the rights of girls and women in the region.

Dubbed the Women's Voice and Leadership project is meant to contribute to promoting inclusion of women in decision making and changing stereotypes which discriminate on gender.

The two year project is being implemented by Songtaba in partnership with Plan International Ghana and supported by Global Alliance Canada.

She called on all stakeholders to support the project especially beneficiaries, civil society organisations (CSOs) allies, government departments and the media.

The head of Programmes for Songtaba, Mr Shani Kasiru, said the project would work with groups of women, girls and men in order to deepen the advocacy on unpaid care work of women.

He told the beneficiaries to take advantage of the Village Savings and Loans Association component of the project to enhance their economies empowerment.

The Assemblyman for Tibung in the Kumbungu district, Mr Iddrisu Ahmed  urged the community and residents in the region to support the project especially by deepening the engagement of women in decision making at all levels including at the household and community levels in order to promote inclusiveness.