Woman poisons her 2 children to death

The Essikado town in the Sekondi-Takoradi metropolis was thrown into a state of shock Monday morning, when news broke that a young woman had poisoned her two little children.

The woman, Naomi Naana Blay, who is said to be mentally challenged, is said to have killed the children by allegedly using ‘rat poison’ which she bought from the open market.

The children — identified as Efua S. Afful, eight, and six-year-old Abena Freemba Afful, died in their sleep after the concoction had been administered to them.

A neighbour, Mr Ben Gazy, told the Daily Graphic that even though Blay’s family noticed signs of mental illness after the birth of the second child, they resisted several attempts to allow the father to take custody of the children.

“I was with them yesterday (Sunday) after church from about 1 p.m. to 3:30 p.m. Then about 8 a.m. this morning I had a call from Naana that there was an emergency and I should come immediately,” he said.

Mr Gazy said he explained to Naana that he just woke up and would be with her soon. “Then a second call came and she told me her children were dead.”

“I asked if she was serious with what she was saying. I followed up to the house only to realise that the children were dead,” he added. 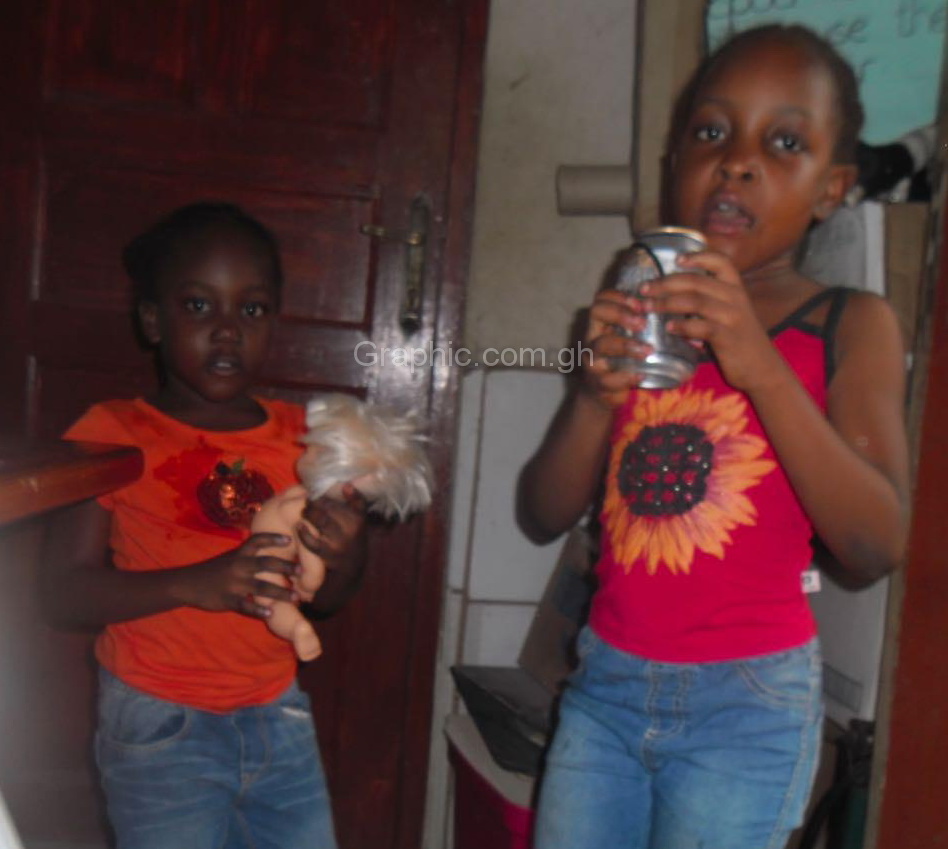 Mr Gazy confirmed that the woman had a mental history which resulted in her being separated from the children’s father.

He explained that although the man still took responsibility for the children, their grandmother demanded the custody of the children while Blay sought medical attention.

The situation, he said, resulted in protracted litigation over the custody of the children.

He said realising the worsening nature of her mental state and refusal to seek medical attention, the family gave her the option of either going to the mental hospital or staying in the house and losing custody of the children.

“She chose to go to hospital and was taken to the Ankaful Hospital for some months and she became stable. When she returned she took charge of the children,” he said.

He said last Saturday, the father of the children as usual visited with gifts and after several hours with the children he left.

When contacted, the police confirmed the incident and said they were still investigating.