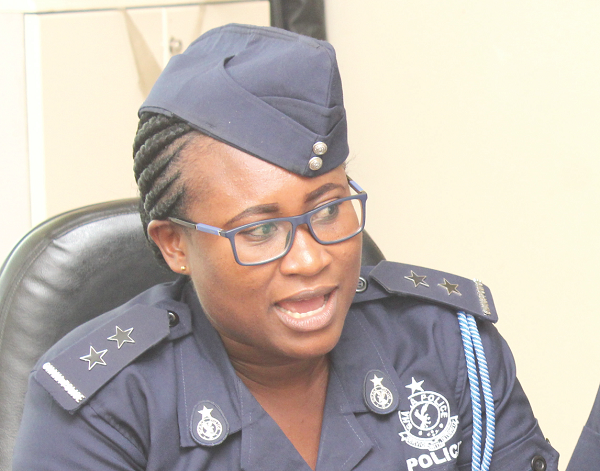 A nursing mother accused of beating her three-year-old stepdaughter to death has been arrested following a complaint by her neighbours.

The suspect, Esther Nyanteh, who is nursing an eight-month-old baby, has been released on police enquiry bail after she had spent a night at the Oshuiman Police Post, near Pokuase.

The victim lived with her father and her stepmother at Amomoley, near Pokuase in the Ga West municipality.

Her remains have been deposited at the Police Hospital morgue in Accra.

The Public Relations Officer of the Accra Regional, Deputy Superintendent of Police (DSP) Mrs Effia Tenge, said Sarpong reported the death of his daughter to the Oshuiman Police about 5 p.m. on May 27, this year, after which he conveyed the body to the Nsawam Hospital.

About four hours later, she said, four neighbours of the victim’s parents went to the Pokuase Police Station and reported that they had heard about the little girl's death, and that they suspected she had died from the beatings meted out to her by her stepmother.

On receipt of the complaint, Mrs Tenge said, the police went to the residence of the couple at Amamoley and arrested Esther, while Sarpong took to his heels on seeing the police.

Esther was detained to assist with investigations, but she was cautioned on the offence of causing harm and granted bail because she was a nursing mother.

On June 3, this year, Sarpong was arrested when he showed up at the police station, a week after going into hiding.

The victim’s biological mother, who is based in Effiduase, near Kumasi, accompanied by the little girl’s grandmother, Adwoa Adomaah, was invited by the police to complete a coroner's form for a post mortem.

She said the police were processing Esther to put her before the District Magistrate Court, Amasaman, tomorrow, pending the outcome of the autopsy to determine the appropriate charges to proffer against her.