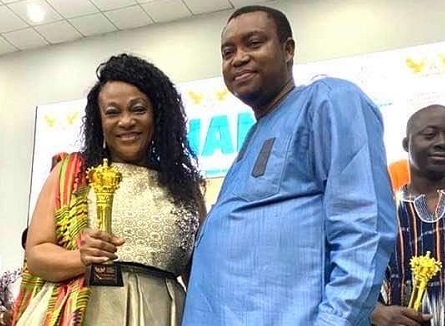 Rev. Nash (right) with Dr. Afisah Djaba, one of the awardees at the event
30.5k Shares

The Chief Executive Officer (CEO) of the Ghana Leadership Awards, Reverend Professor Emmanuel Yao Nash has once again called on embassies in the country to stop issuing visas to politicians until the December 7 polls are conducted.

He said this would ensure that politicians did not engage in acts that could plunge the country into violence.

“When politicians know that they cannot leave the country at any point in time during this election period, they will be decent in whatever they do or say,” he noted.

Rev. Nash was speaking during the 2020 Ghana Leadership Awards organised in Accra on Saturday, October, 17 to honour individuals and organisations that have made outstanding differences in the society. 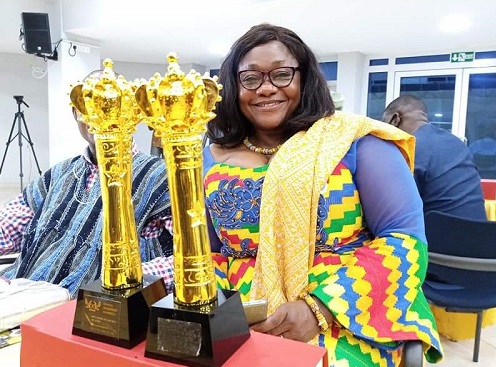 The event was on the theme “Celebrating our heroes in a peaceful Ghana, one people working together”, and was attended by government officials, traditional leaders, security personnel, and other important personalities.

The awards is to recognise leaders for their exemplary contributions towards Ghana and Africa’s growth in economic, social, political and leadership development.

Rev. Nash expressed concern with the manner in which the youth were involved in violence during the election, thus them to stay away from such acts.

He also called on appropriate agencies to monitor, name, shame and sanction media outfits that will allow their outlets to be used to create violence and tension in the country during this election period

“We are also asking institutions that had the obligation to maintain and sustain peace to act in a manner that would help remove all oppressive structures from society,” he said.

Social institutions such as the National Peace Council, the National House of Chiefs and other civil society organisations (CSOs) ought to get involved by holding politicians who engage in violent campaigns to check,” he said.

“In order to maintain and sustain peace in the country, these institutions ought to act responsibly in order to remove all oppressive structures that are inimical to national peace and stability.

I want to call on the Electoral Commission (EC) to apply the electoral laws firmly without discrimination especially when it comes to NPP and NDC, since any attempt to bend the rules could spark violence,” he said.

He also urged the political parties to see the EC as a key partner in the democratic process by constantly seeking clarification on issues that they did not understand rather than attacking the integrity of the electoral body.

“We need to, as a people, know that the EC is the mandated body for the conduct of our elections. We need to support the EC to discharge its mandate in a peaceful manner rather than creating conditions that will spark violence and put the electoral body into disrepute,” he said.