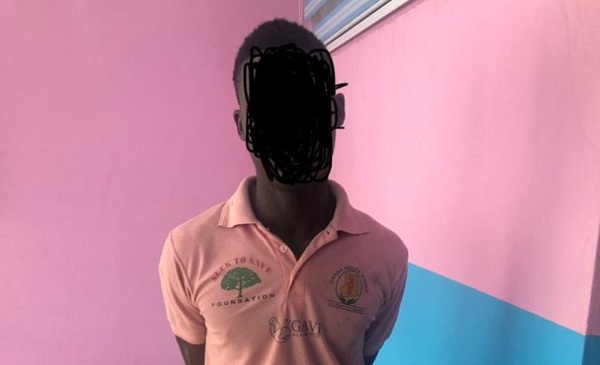 The Anfoega District Police have arrested Alhassan Kossi, 20, for the murder of a 12-year old boy at Awate Todzi near Anfoega in the Volta Region.

A Regional Police brief said investigations revealed that on January 2, 2022, at about 0900 hours, the suspect, who was a neighbour, sneaked into the room of the boy's mother and stole GHS100.00.

It said in the process, the boy chanced on the suspect and threatened to report the act to his mother.

Kossi, in a bid to prevent the boy from reporting, attacked and strangled him until he died.

Police investigations indicate that on the said day, the deceased's mother, who operates a shop about 100 meters from her house, left earlier and asked her daughter and the boy to join her at the shop so they could attend church service together.

The brief said they both obliged but the boy forgot to lock the doors and was asked by his mother to return and secure the doors. That was when he chanced on the suspect stealing.

It said when he was not returning the mother decided to follow up only to find him unconscious and shouted for help.

He was rushed to the hospital but was pronounced dead on arrival. Through intelligence, the suspect was arrested on January 3 and he confessed to having strangulated the boy to avoid being caught.