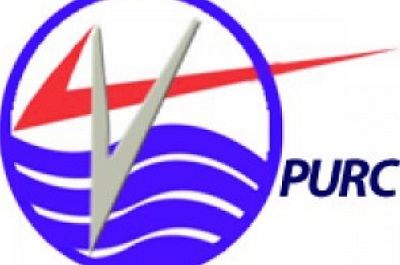 The Public Utilities Regulatory Commission (PURC) has announced an upward review of electricity and water tariffs for the first quarter of this year.

The new tariffs, which take effect on February 1, 2023, will push electricity up by 29.96 per cent across the board for all customers, while water will increase by 8.3 per cent.

The commission, however, approved varying rate adjustments including some reductions for selected industrial and commercial consumers as part of the ongoing restructuring of the existing water rate structure.

This is the second time in six months that tariffs have been reviewed.

It was under a major tariff adjustment for the period.

The executive secretary said the new review was in conformity with the quarterly tariff review mechanism and guidelines as communicated in the Commission’s August, 2022 major tariff review decision.

He said the objective was to maintain the real value of the cost of supply of those utility services and ensure that utility companies did not under or over-recover.

According to him, under-recovery had negative implications for the ability of the companies to supply service to consumers, and had the potential of causing outages of electricity (DUMSOR) and reducing water supply.

He said that over-recovery unnecessarily overburdened consumers of electricity and water.

He added that the quarterly tariff review mechanism was meant to ensure that none of these happened.

Dr Ackah noted that for the end-user electricity tariffs payable by consumers, the commission considered four key factors in arriving at its decision.

He said those were the exchange rate, inflation, generation mix and the weighted average cost of natural gas.

He said since the announcement of the major tariff in August 2022, the key variables underlying the rate setting had changed significantly.

“For example, the weighted average exchange rate used for the major tariff review was GH¢7.5165 to a dollar. Since then, we have witnessed the depreciation of the cedi against the dollar and other major currencies.

“The projected weighted average exchange rate used in the first quarter of 2023 tariff analysis is GH¢10.5421 to the dollar,” he said.

The executive secretary further stated that the weighted average inflation figure used for the major tariff had seen a four-fold increase.

He said, together with exchange rate movements, that has negatively affected the ability of the utilities to purchase critical inputs required for their operations.

According to him, the commission used a projected inflation rate of 42.63 per cent in its tariff analysis for the first quarter of 2023.

With respect to electricity generation mix, he said, a hydro-thermal mix of 26.11 per cent for hydro and 73.89 per cent for thermal was used for quarter one of this year.

He explained that the combined effect of the exchange rate, inflation and WACOG was that the utility companies were significantly under-recovering and required an upward adjustment of their tariffs in order to keep the lights on and water flowing.

Dr Ackah intimated that the PURC was equally mindful of the current difficult economic circumstances, but noted that “the potential for outages would be catastrophic for Ghana and has to be avoided.”

He explained that the commission sought to balance prevention of extended power outages and its deleterious implications on jobs and livelihoods with minimising the impact of rate increases on consumers.

The Chief Executive Officer (CEO) of Association of Ghana Industries (AGI), Mr Seth Twum-Akwaboah, expressed dissatisfaction of industry over the new tariff adjustments, saying the increase of 29.96 per cent across board for all consumers was on the high side.

He said it was surprising that the PURC had abandoned its pledge to use the tariff adjustment to reserve the structure where industry subsidised residential consumers.

“The 29.96 per cent increase across the board for all consumers will erode competitiveness of industry and, therefore, will not be acceptable,” he said.

“We will engage the PURC within the coming days and express our concerns to them. For us, the timing of the adjustment is worrying coming after a 27.15 increase nearly five months ago,” Mr Twum-Akwaboah said.