Unitisation dispute: Eni, Vitol yet to carry out court order 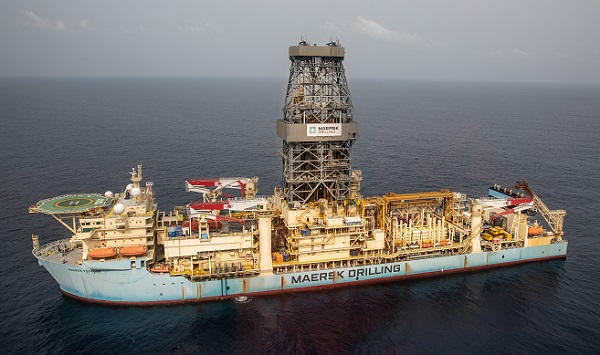 The lead operator of the Sankofa Oil Field, Eni Ghana Limited, and its partner, Vitol Upstream Limited, are yet to carry out an order by the Accra High Court to pay 30 per cent of revenues realised from the sale of crude oil from the field to the court for preservation.

On January 24, this year, the court ordered Eni and Vitol to pay 30 per cent of the revenue accumulated since June 2021 to the court and continue to pay same every month until the determination of a legal case between the two companies and an indigenous Ghanaian oil company, Springfield Exploration and Production Limited (SEP).

It is estimated that the 30 per cent to be paid by Eni and Vitol for preservation amounts to about $40 million monthly.

Springfield has been battling the two foreign oil giants in court with the aim of enforcing a 2020 directive by a former Minister of Energy, Mr John Peter Amewu, to the companies to unitise their respective fields, located at the Cape Three Points, in accordance with Section 34(1) of the Petroleum (Exploration and Production) Act, 2016 (Act 919).

At stake in the dispute are more than 500 million barrels of oil.

The Commercial Division of the Accra High Court, presided over by Justice Mariama Sammo, had ordered Eni and Vitol to immediately start making the 30 per cent payment to the court and for the registrar of the court to take action on it.

“The registrar of this court shall bring any payment to the notice of the Director of Finance of the Judicial Service, who shall invest same in an interest-yielding escrow account in the name of the parties to the suit,” Justice Sammo had ordered.

However, checks by the Daily Graphic at the registry of the court revealed that Eni and Vitol were yet to make any payment in compliance with the court’s order.

In response to enquiries by the Daily Graphic, Eni said it was aware of the court’s ruling but was taking steps to set it aside.

“We have taken due note of the ruling of the High Court on January 24, 2022, and after assessing it, we have subsequently followed requisite court processes in accordance with applicable Ghanaian laws to have the ruling reviewed,” the company said.

The Corporate Manager of Springfield, Mr Kennedy Noonoo, however, told the Daily Graphic that the inaction of Eni and Vitol was a clear indication of the two companies’ refusal to obey the court’s order, describing it as total disregard for the court system and the laws of the country.

He said a party to a suit could appeal against an order of a court, but that appeal was not a green light not to obey the order.

“The flagrant disdain for the orders of the court and the laws will never be done by these international companies in their home country,” he said.

On June 25, 2021, the High Court ordered the preservation of 30 per cent of the revenue accruing from the Sankofa Oil Field into an escrow account agreed by all the parties.

That followed an application by the plaintiff, Springfield, which wanted the court to order the preservation of all funds that had accrued from the field since it initiated the suit in early 2021.

Justice Sammo, however, ruled that such a preservation would be too wide in scope.

Firstly, she ruled that the preservation could only come into effect as of the time the order was given (June 25, 2021) and not the time the suit was filed.

Also, she held that Springfield was only claiming part of the Sankofa Field and, therefore, it would not be fair to preserve all the expected revenues from the field.

A wholesale preservation, she held, would mean that Eni and Vitol would not have access to funds for their operations and recurring business expenditure.

Again, it was her considered view that the defendants must pay statutory payments and royalties to the government, which it could not do if the entire revenue was preserved.

However, the court held that in case Springfield lost the court case, the money would be released to Eni and Vitol.

Springfield went back to the court in January this year with a case that six months after the order, Eni and Vitol were still frustrating the process to enforce the order.

It, therefore, prayed the court to take steps to ensure that the order was executed.

On January 24, this year, Justice Sammo upheld the application, and based on that, she ordered the payment for preservation to be made to the court.

The Sankofa Oil Filed is part of the Offshore Cape Three Points (OCTP), an area located off the coast of Western Ghana, with about 500 million barrels oil reserves and 40 billion cubic metres of gas.

Eni is the lead operator.

On the other hand, Springfield is the lead operator in the Afina Field in the West Cape Three Points (WCTP), which has about 620 million barrels of oil.

Section 34 of Act 919 stipulates that whenever accumulation of petroleum extends beyond the boundaries of a contract area into another contract area, the Minister of Energy may direct the two contractors to merge their operations into a single unit.

Technical analysis done by experts contracted by the government and the parties revealed that the accumulation of petroleum in the Sankofa Field extended to the Afina Field.

That led Mr Amewu to order Springfield and Eni to unitise their operations, in line with Act 919.

After many rounds of failed negotiations, Springfield dragged Eni and Vitol to court, seeking to enforce the minister’s order.

Eni has also dragged Ghana to the London Arbitration Tribunal with a case that the government of Ghana was attempting to force Springfield E&P on it.

Meanwhile, energy experts have argued that Ghana stands to benefit more from the unitisation because it will lead to a significant drop in operational and capital costs of the unitised fields, which in turn will lead to increases in royalties, taxes, additional oil entitlement (AOE), fees and levies for the government.