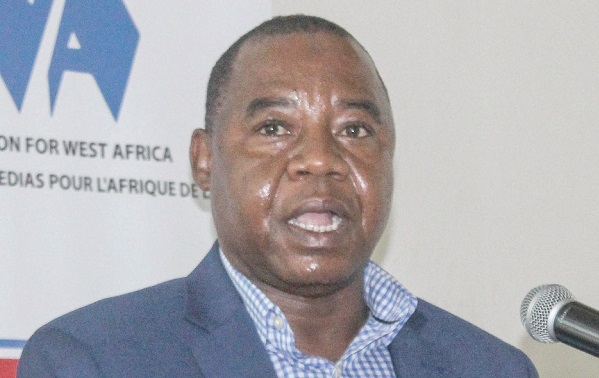 Ghana lost a total of $1.1 billion through unaccounted gold exports between 2019 and 2021, investigations by the Economic and Organised Crime Office (EOCO) have revealed.

The Head of Organised Crime and member of the Illicit Financial Flows (IFFs) Unit at the Ministry of Finance and Economic Planning¸ Abdulai Bashiru Dapilah, said the defaulting companies concealed the funds in gold exports without remitting proceeds into the country.

They did that through breaches of the Foreign Exchange Act, money laundering, tax fraud, among others, he said.

Mr Dapilah was speaking at a forum on the role of the media in the fight against IFFs in the country.

It was organised by the Media Foundation for West Africa (MFWA), in partnership with EOCO, and funded by OXFAM, an international confederation of independent charitable organisations.

Gold exporters in Ghana are required to pay a three per cent withholding tax to the Ghana Revenue Authority (GRA); 0.5 per cent to the Minerals Commission for the Small-Scale Mining Sustainability Fund and a 0.118 per cent tax to the Precious Minerals Marketing Company. 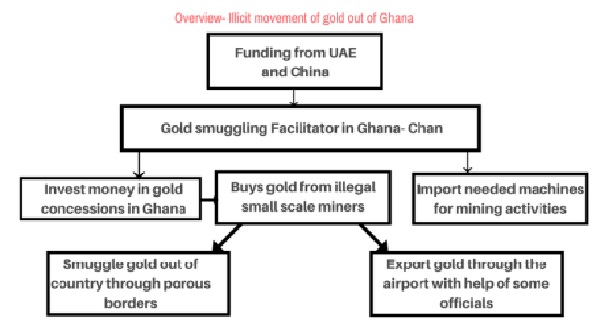 He said such economic crimes had become more sophisticated and complex and said there was the need for state agencies and civil society groups, including the media, to prevent and control such activities.

He, therefore, urged journalists to increase public awareness through their reportage to expose such economic crimes.

“The media must frame issues in a simplified and digestible format, raise popular narratives, put issues on the government agenda and enable the citizenry to better appreciate these issues,” he said.

“Cartoons, humour, video skits, blogs and infographics are some of the ways in which the media can depict the drivers, identify, track and recover money lost through IFFs,” he said.

Panellists at the forum called on journalists to build their capacity to expose economic crimes and harmful tax practices.

They explained that it was important for journalists to have a profound understanding of IFFs, the politics and the narratives to present IFF issues.

The panellists were a United Nations Conference on Trade and Development (UNCTAD) national consultant on IFFs at the Ghana Statistical Service, Bishop Akolgo; the Chairman of the Civil Society Platform on Oil and Gas, Dr Emmanuel Steve Manteaw; a PhD student of the University of Ghana Business School, Legon, Angela Azumah Alu, and the Managing Editor of the Ghana Business News, Emmanuel Dogbevi.

Ms Alu said the fight against IFFs required a holistic approach, noting that it was crucial for the media to hold to account the powerful, including governments, corporate bodies and the wealthy, on curbing IFFs.

Mr Dogbevi indicated that the country was losing more money to IFFs than it received from development aid.

“We do not need aid, since we lose much more money to IFFs than we receive in developmental aid,” he said.

Dr Manteaw urged state institutions to be proactive in working on economic crimes exposed by journalists to move the country forward.

He also urged the government to better resource institutions in charge of investigating economic crimes to discharge their duties, adding that such institutions must be autonomous.

Bishop Akolgo advised journalists to move beyond just acquiring knowledge on IFFs and be dedicated and committed to doing their work.

“Journalists must also build contacts within the industry and practise independent journalism, using media platforms such as YouTube to publish their work,” he noted.

The Director, Research and Advocacy, MFWA, Dr Kojo Impraim, expressed the hope that the forum would help the country achieve Sustainable Development Goals 16 and 17.