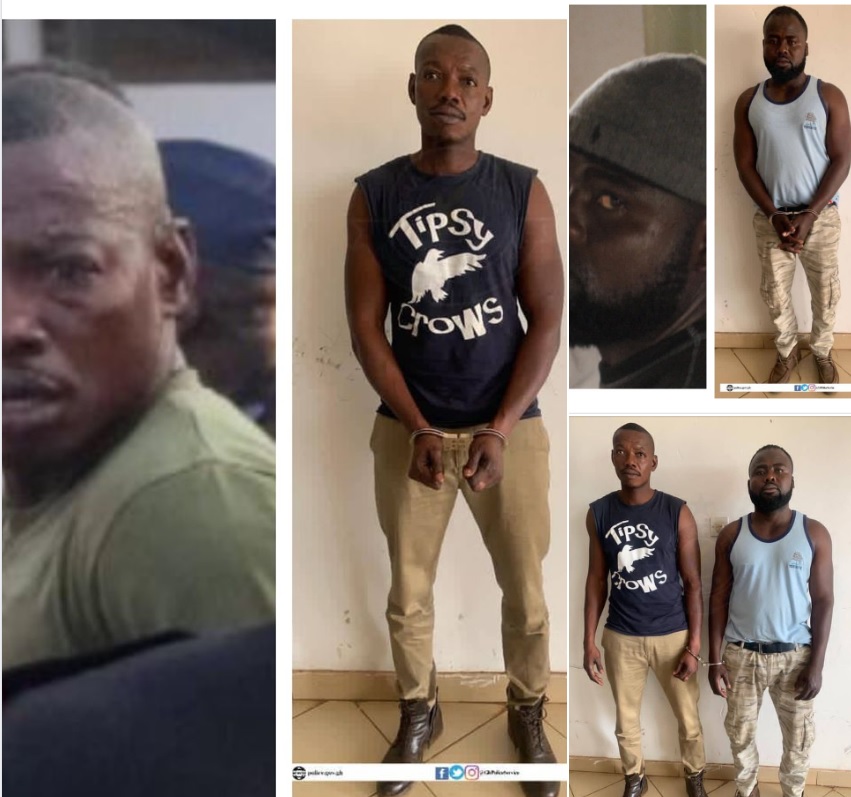 Two suspects, said to be involved in last December's disturbances at the National Democratic Congress (NDC) youth and women's congress in Cape Coast in the Central Region have been arrested by the police.

The police had placed a total of 16 suspects on the wanted list.

In a statement Saturday, the police announced that two of the suspects are in their custody.

Their names according to the polce are Abdul Halid Shaibu alias Oluu and Ibrahim Razak.

They were arrested in Tamale in the Northern Region on Saturday, January 7, 2023.

The police declared 16 people wanted for violent disturbances at the National Democratic Congress Youth and Women's Congress held at Cape Coast on December 10, 2022.

"While proceedings were ongoing at the Congress two rival groups violently clashed throwing stones, blocks, sticks, clubs, chairs among others, causing injury to three persons and destruction to property," the police said in a statement.

"The intervention of the Police brought the situation under control for the processes to continue to the end without any further incident."

After an initial review of Police-specific video footages of the event, 16 suspects have so far been identified as some of the people involved in the violence and have been declared wanted.

A GH¢10,000.00 reward has been set aside for any member of the public who can provide credible information to the police that can lead to the arrest of any of the suspects.

The photographs of the 16 wanted persons extracted from the Police specific-footages were published by the police for the public to assist.

Attached below is a copy of the police statement

POLICE ARREST TWO OF THE 16 WANTED PERSONS IN CONNECTION WITH DISTURBANCES AT NDC'S NATIONAL YOUTH AND WOMEN'S CONGRESS; 14 MORE TO GO

The Police have arrested two people wanted in connection with the violent disturbances that occurred during the NDC’s National Youth and Women’s Congress held on 10th December 2022, at Cape Coast in the Central Region.
The two suspects, Abdul Halid Shaibu alias Oluu and Ibrahim Razak, who were among the 16 persons declared wanted for their involvement in the disturbances, were arrested through targeted intelligence operations at Tamale in the Northern Region on 7th January 2023.
The two suspects are currently being held in custody, and assisting the Police with the investigations.
The faces of the suspects have been shown because they had been declared wanted with their images already displayed in our quest to seek public assistance in getting them arrested.

The targeted intelligence operations are still ongoing to arrest the remaining 14 suspects and we would like to assure the public that we shall surely get them to face justice.