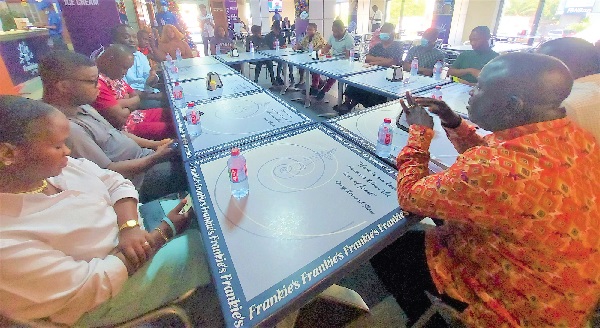 Stakeholder consultations have started along the Oxford Street in Osu towards its reconstruction into a tourism and recreational hub.

The reconstruction will include the expansion of the Osu Day and night market at one end of the street and the provision of waste bins and toilet facilities at vantage points.

Others are the creation of parking lots to ease the stress of workers and customers in finding a parking space and replacing the existing signages with electronic ones to reduce overcrowding of signposts along the street.

According to the Korle Klottey Municipal Assembly (KoKMA), the effort is part of their contribution to promote tourism and the decongestion agenda of Accra.

The assembly is urging investors interested in the redevelopment to submit their proposals to the assembly for onward submission to the Regional Coordinating Council.

The Municipal Chief Executive (MCE) of KoKMA, Samuel Nii Adjei Tawiah, who made this known to the Daily Graphic after an engagement with the Oxford Street Association and business owners along the Street said the assembly would also reconstruct dilapidated drains.

The engagement was with artefact traders, representatives from institutions and businesses such as Ecobank Ghana Limited, The Trust Hospital, Papaye Fast Food, Get 4 Less Ghana and Electromart Ghana.

Mr Tawiah said it was important for the assembly to share its vision of enhancing trade in the area with them , particularly, for businesses within the hospitality and creative industry to thrive.

To that end, he said, the assembly would collaborate with them and also liaise with financial institutions to identify financial services that would benefit traders, especially artefacts traders along the street.

Addressing the issue of illegal blockage of road by some exhibitors and event organisers which affected businesses along the stretch, he said the assembly would only issue permits after consulting with businesses owners.

“We are aware that the closure of roads in the area is not good for business, the assembly will not approve anything that will hinder your businesses,” he assured.

He said the assembly had prioritised improving good sanitation practices along the stretch for smooth trading in the area.

“The assembly has the onerous task of ensuring the cleanliness of the municipality but it cannot carry out that mandate without the cooperation of the citizenry. We are urging traders to continually clean their environment and to segregate the waste they generate.

“Also, adhere to the new Municipal Assembly by-law on “Operation Clean Your Frontage which demands residents and organisations to clean their frontage,” he said.

He added that the expansion of the Osu day and night markets when completed would afford traders enough space to operate in.

Mr Tawiah assured the traders that unauthorised artefacts exhibition events on the Oxford Street would be halted.

He promised business owners of the assembly’s support to organise a proper fair to showcase the municipality and businesses that operated on the street.

"We shall organise and manage the Oxford Street business area to attract more businesses thereby creating direct and indirect jobs and incomes for the people as well as generate more profit for business owners," he said.