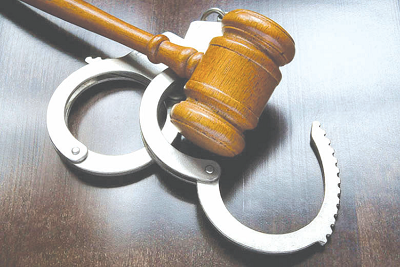 It will be a dream come true for Ghana's lightweight contender, Richard Commey, when he chases his world title dream for the second time by fighting for the vacated International Boxing Federation (IBF) strap against Russia's Isa Chaniev early next year.

Commey (27-2, 24 KOs) will hope to be second time lucky this time around when he mounts the ring to slug it out with Chaniev having missed out on the title in 2016 when he lost a split decision to Robert Easter Jr.

The 31-year-old Ghanaian was ordered by the IBF to commence negotiations by November 30 with Chaniev over a potential fight or face a purse bid after undefeated champion Mikey Garcia opted to vacate the belt in a bid to challenge Errol Spence Jr at the welterweight division.

Commey was due to fight Garcia after the American defeated Easter Jr in a unification bout at the Staples Centre in Los Angeles last July, but the American refused to sign his part of the deal after the Ghanaian had put pen to paper.

However, with Commey set to battle it out with Chaniev (13-1, 6 KOs) for the IBF belt, the 31-year-old Ghanaian may be just a fight away from realising his world title dream with richer experience over his opponent who is yet to fight outside Europe.

Commey, with experience fighting on the biggest stage, would be the favourite against the less-fancied Chaniev who will be making his maiden shot at a world title.

With fights against Easter Jr, Denis Shafikov, Hedi Slimani and Alejandro Luna to his name, Commey has faced tougher opponents in the division than the Russian whose biggest win came in May against Ismael Barroso.

Commey has been on a three-fight winning streak against Slimani, Luna and Yardley Cruz since making changes to his technical team, which is now headed by Andre Rozier, one of the finest trainers in boxing.

Chaniev, on the other hand, is ranked third in the division by the IBF and would be keen on proving a point against Commey in his maiden world title shot.

Having suffered his first and only loss to Fedor Papazov in May last year, the Russian has moved on to dispatch boxers such as Jean Pierre Bauwens, Juan Martin Elorde and Ismael Barroso on his way to landing himself a shot at the world title.