The Rotary Club of Accra-Labone has handed over six more mechanized boreholes to six communities in the Ga West Municipality of the Greater Accra Region and Tamale in the Northern region to help address their water challenges.

The initiative, a joint project by the Rotary Club of Accra-Labone and the Rotary Club of Oyster Point, Virginia, USA, brings to nine the total number of mechanized boreholes aimed at providing potable water to deprived communities this year.

The six beneficiary communities are Adjeiman, Okushibiade, Ahiabukope, Ardeyman, Akramaman and Kitara-Tamale. Earlier on in June, the partners had presented similar boreholes to the three communities of Akwatsiri, Skido and Kramokrom also in the Ga West Municipality to complete the Club’s target for the year. 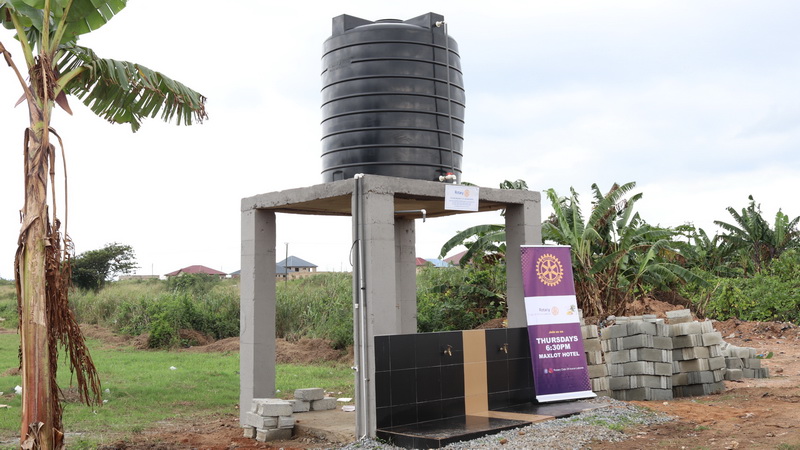 The projects were completed at a total cost of $48,000, according to Mrs. Theresa Ama Afro Agbodo - President of the Rotary Club of Accra-Labone, who asked the beneficiary communities to take very good care of the facilities, maintain and manage them well so they will serve the communities for a long time.

She said by so doing, the communities would be showing appreciation for the gesture and thus encourage Rotary to return to support them further. 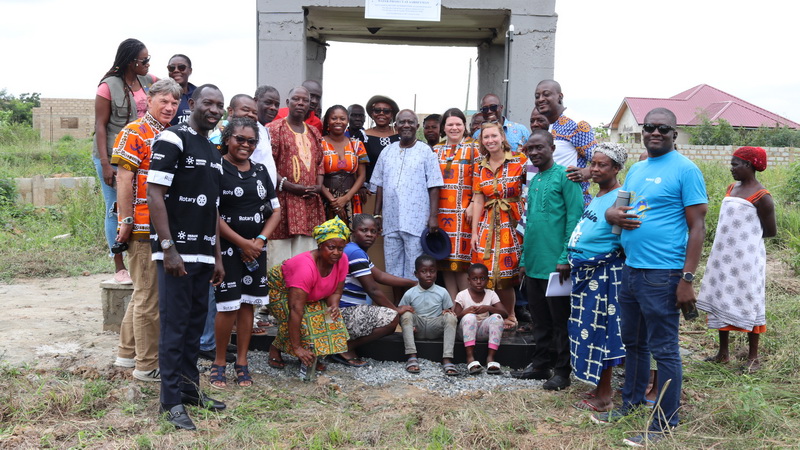 Sarah Saville of Rotary Club of Oyster Point – Virginia, and currently Project Chair for the mechanized borehole grant in partnership with Accra Labone, said Rotary Clubs in Virginia have a long history of working with clubs in Ghana, and that her outfit has been supporting the boreholes project since late 2020.

She said she looked forward to finishing many more projects together.

“We wanted to partner with Accra Labone because one of the foundations of Rotary is rowing together, people rowing this road together and we need to make the world a better place for everyone around the world, and this project certainly helps to do that. It’s been so touching to see members of the various communities and how this is going to affect their lives and improve their communities for generations to come, not just everyone who is there now but their children, and their children’s children and to know that we were a small part of making that happen, is very, very touching,” she said. 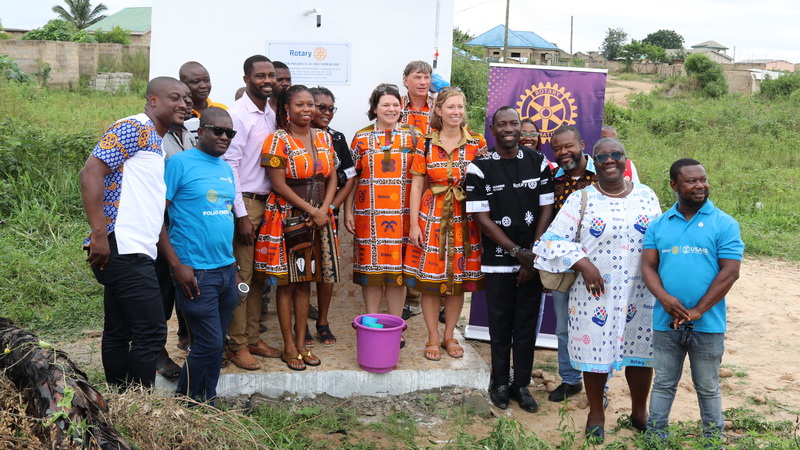 Emmanuel Mawuli Amuzu, Assemblyman for Akotoshie electoral area, which he said has about 18 communities including Ahiabu, spoke of the communities having long-standing challenges in sourcing potable water, especially during the dry season when water levels in available ponds sink very low.

He also was very happy for the project and expressed gratitude to Rotary, promising to set up a committee to manage it and to be collecting token fees for maintenance.

The Dzaasitse of Akramaman also expressed his gratitude for what he described as the thoughtful support from the partners, saying their periodic water challenges had finally come to an end. 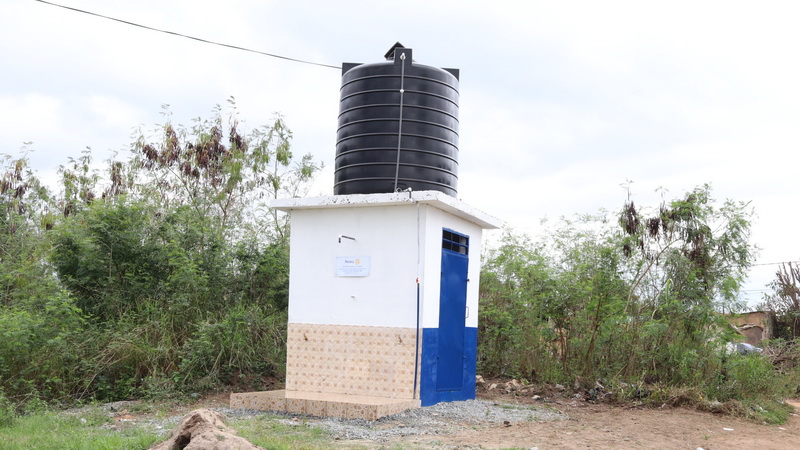 A youth leader of Akramaman, Madiba Debrah, and Nii Armah Oshimpo, Akwaashontse also of Akramaman, both expressed profound gratitude to the partners both home and abroad, explaining that sometimes they have had to use pure water for domestic chores at enormous cost, and promised to take very good care of the facility.

A nursing mother, Victoria Akpagri told her benefactors that members of the community have had to travel long distances to get potable water, and on behalf of all nursing mothers, students, workers and entire community, prayed for God’s blessing on the partners from Rotary.