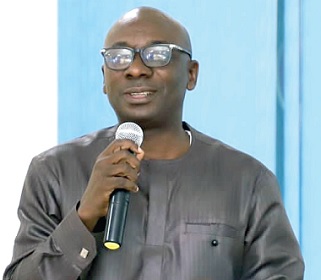 For the first time in many years, road crashes, injuries and deaths (CIDs) have consistently declined for eight consecutive months.

Latest statistics from the National Road Safety Authority (NRSA) revealed that a total of 1,615 people perished in 10,060 crashes from January to August, this year, with 10,406 others sustaining varying degrees of injury.

These figures show a reduction in all indicators compared with the same period in 2021 when 1,937 people were killed in 10,804 crashes which also injured10,599 others.

In percentage terms, the reduction in deaths represents 16.62 per cent while crashes reduced by 6.89 per cent, with injuries declining by 1.82 per cent.

The acting Director-General of the NRSA, David Osafo Adonteng, who made the statistics available to the Daily Graphic yesterday[September 14, 2022], said the consistent decline in the CIDs was positive energy for the authority.

The statistics further showed that 5,900 commercial vehicles were involved in the crashes, with private vehicles and motorcycles accounting for 7,728 and 3,644, respectively.

The statistics further showed that 5,900 commercial vehicles were involved in the crashes, with private vehicles and motorcycles accounting for 7,728 and 3,644, respectively.

Compared with the same period last year, the number of commercial vehicles involved in crashes reduced by 8.44 per cent from 6,444 with motorcycle involved in accidents also declining by 12.36 per cent from 4, 158

Mr Adonteng said the gains made so far was evidence that the initiatives that had been rolled out by the authority, in collaboration with other stakeholders, had started yielding fruits.

In particular, he said the “Arrive Alive” and “Stay Alive” education and sensitisation programmes had resulted in attitudinal change among drivers and other road users.

Mr Adonteng attributed the reduction in crashes involving commercial vehicles to the stronger collaboration between the NRSA and the commercial transport operators, particularly the Ghana Road Transport Union (GPRTU).

He also said the crashes involving motorcycles had reduced considerably owing to the sensitisation and training programmes rolled out by the authority and other stakeholders, including the Driver and Vehicle Licensing Authority (DVLA).

“The Inspector General of Police (IGP) and the Motor Traffic and Transport Department (MTTD) of the Ghana Police Service also need to be commended because they have helped in enforcing the traffic regulations.

“The police rolled out the Police Action against Rider Indiscipline and the public invisible eye initiatives, and these helped to ensure that motorcyclists obeyed traffic regulations,” he said.

However, the NRSA boss said the gains made this year were only the beginning of the fight to bring sanity to the road.

“Yes, we are so happy that the CIDs have reduced; but this does not mean we should go to bed. Our target is to see a 30 per cent reduction in the deaths by the end of the year,” he said.

He said it was worrying that while commercial vehicles and motorcycles were having appreciable reduction in the number of crash cases, private cars recorded a marginal reduction.

He said the NRSA was engaging other stakeholders to see how to ensure significant reduction in the cases of accidents involving private vehicles.

Mr Adonteng observed that with barely two months to the Christmas season, the authority would strengthen collaboration with other players in the transport sector to ensure that the high spate of crashes associated with the festive season were reduced.