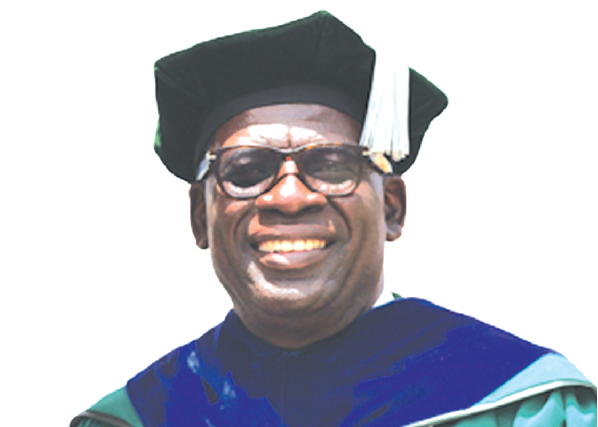 Professor Andy Ofori-Birikorang has been re-elected the Pro Vice-Chancellor (V-C) of the University of Education, Winneba (UEW).

He polled 326 votes, as against 203 and 20 by Prof. Emmanuel Obed Acquah and Prof. Victus B. Samlafo. respectively.

Until his re-election, Prof. Ofori-Birikorang was the acting Pro V-C after the Winneba High Court, presided over by Justice Aboagye Tandoh, had, in July 2020, ruled that the V-C, Rev. Fr Prof. Anthony Afful-Broni, did not have the right per the statutes of the university to nominate only three preferred individuals to contest in the election.

In the view of the court, the decision by the V-C restricted the choice to a chosen few, at the expense of other qualified persons, and, therefore, quashed the November 2019 election.

It ordered the management of the UEW to re-run the election.

A notice of election to members of convocation, dated March 12, 2021, and signed by a Senior Assistant Registrar, Mr. Jojoe Annan, said:  “Members of the university community are hereby informed that per new statute 11 (2 & 3), the vice-chancellor shall nominate three academic senior members who shall be of professorial status with appropriate degrees to be voted for by convocation.”

Pursuant to that, the V-C nominated Prof. Ofori-Birikorang, acting Pro V-C; Prof. Samlafo, Vice Dean, Faculty of Science Education, and Prof. Acquah, Director, Quality Assurance, to contest for the position of Pro V-C of the UEW.

It further stated that members of convocation shall go to the polls on the Winneba and the Ajumako campuses between 8 a.m. and 4 p.m. on Monday, March 15, 2021 to elect a substantive Pro V-C for the UEW.

He then proceeded to the Kwame Nkrumah University of Science and Technology (KNUST), where he graduated in 1989 with a BA (Social Sciences) degree in English and Law.

And in that same year, he gained admission to the Ohio University (OU) in Athens, where he completed a master’s degree in International Affairs in 2005.

That same year, he was admitted into a doctoral programme in the School of Media Arts and Studies at the Scripps College of Communication in the same institution to read for a Ph.D in Mass Communication and graduated in 2009.

Prof. Ofori-Birikorang was subsequently employed as a lecturer in the Department of Communication and Media Studies at the UEW in May 2010.

He was, in August 2017, appointed the Director of the Externally Funded Project Office (EFPO) of the university and made the Dean of the Faculty of Foreign Languages Education and Communication in September the same year, a position he held until this first election to the office of Pro V-C.