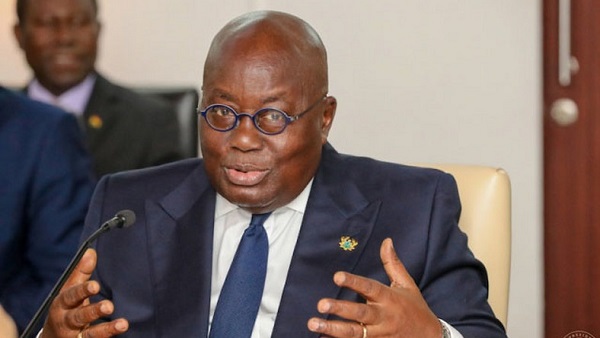 President Nana Addo Dankwa Akufo-Addo has reiterated his call on the business community in Ghana and abroad to take advantage of the growing business-friendly environment in the country to invest in it.

He explained that the replaced Companies Act,1963 (Act 179), which he assented to last Friday, formed part of measures by the government to significantly improve the ease of doing business in the country.

It would also enhance the corporate regulatory and governance framework and reduce the cost businesses incurred in the process of registration, he said.

President Akufo-Addo made the call at the maiden Ghana Association of Restructuring and Insolvency Advisers (GARIA) Presidential fundraising dinner in Accra over the weekend.

The GARIA is an association of professionals with focus in corporate restructuring, business recovery and insolvency advisory services in the country.

The President said while the passage of the new act was being celebrated, there was the need to do more to achieve the government business reform agenda.
According to him, a Corporate Restructuring and Insolvency Bill was currently before Parliament undergoing review by a parliamentary select committee.

“I am hopeful that the process will be completed by the end of this year to provide an arena for the resuscitation of distressed but viable businesses, entities and establishments from liquidation,” he added.

Tracing the trajectory of the new law, he said since the enactment of the Companies Act, Act 179 of 1963, there had only been sporadic revisions of the act.

He said the first revision was in 2003, under the supervision of Justice V. C. R. A. C. Crabbe, which was a consolidation of the existing provisions of the act but was never placed before Parliament.

And in 2008, during President Kufuor’s regime, a Business Law Reform Committee of experts which was established made positive innovative recommendations for reforms of the Company’s Act but that also did not find its way to Parliament, he said.

President Akufo-Addo described as refreshing the selection of Ghana as host of the secretariat of the African Continental Free Trade Area, saying: “It is the first time in our nation’s history that we have been given the honour and responsibility of hosting such an important Pan-Africa institution.”

He said the choice of Ghana would make the country the hub of African trade and investment, which would bring in its wake more jobs, expanded conferences and hospitality services, an enhanced aviation sector, transportation services and allied businesses.

The President said the government was a listening one and, therefore, encouraged stakeholders to take advantage of a private and public dialogue platform to be introduced to address issues of mutual concern to deepen the socio-economic development of the country.

He donated GH¢50,000 to the fund and gave an assurance that the ministries of Finance, Business Development and Trade and Industry would also extend support to the association.

A member of GARIA, Professor Justice S.K. Date-Bah, said the objective of the association was to foster a rescue culture in the Ghanaian corporate entity.

He explained that if a company became distressed, the first option should not be to liquidate it but restructure it to succeed.
Therefore, he said, GARIA could perform a valuable role in the development of the private sector in the country.