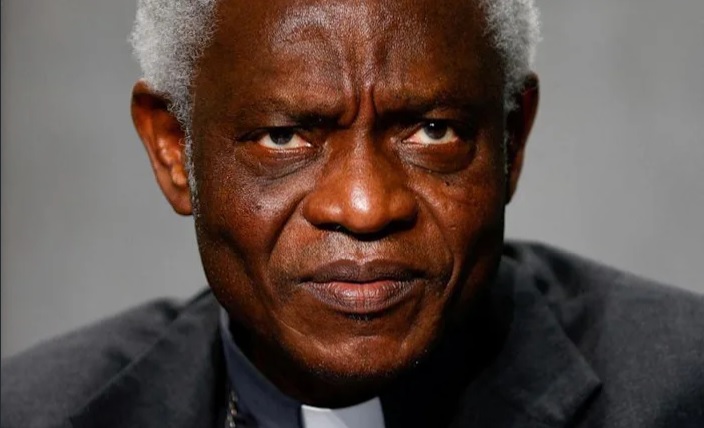 Cardinal Turkson, seen by many as a candidate to become the first African pope in about 1,500 years, offered his resignation again last week, following an automatic procedural offer at the end of his term in August.

He is a key adviser to Pope Francis on climate change and social justice and the acceptance of his resignation as prefect of the Vatican Dicastery for Promoting Integral Human Development is part of a rare shake-up of an entire Vatican office.

The Vatican said [statement attached below] on Thursday (December 23, 2021) that Cardinal Peter Turkson, was leaving the large department, officially known as the Dicastery for Integral Human Development. All other superiors also had offered their resignations.

The department was formed in 2016 to merge four offices that dealt with issues such as peace, justice, migration, and charities. It was plagued by management problems and turf wars from the start, Vatican sources said.
The Vatican has not commented on the timing of Turkson's departure or the claims of dysfunction in his department.

However, the 75-year-old Canadian Jesuit Cardinal Michael Czerny has been named as the interim head of the dicastery pending the appointment of “new leadership.”

Last week Reuters reported that one source had told the news agency that Cardinal Turkson had told some staff he was "fed up".

Turkson, seen by some as a candidate to become the first African pope in about 1,500 years, offered his resignation again last week, following an automatic procedural offer at the end of his term in August. One source said he had told some staff he was "fed up".

Turkson, 73, from Ghana, represented the Vatican at high-profile international venues such as the World Economic Forum at Davos.

His departure leaves the Vatican with no African heading a major department, following the retirement of Cardinal Robert Sarah of Guinea earlier this year.

A senior Vatican source said the pope was expected to give Turkson another top Vatican job.

The department underwent an external review headed by Cardinal Blase Cupich of Chicago at the pope's request earlier this year.

The shake-up follows two high-level departures from the department over the summer, one because of retirement and another sudden and unexplained.

Turkson will be eligible until he turns 80 to enter a conclave of cardinals to elect the next pope after Francis dies or retires, according to Church rules.

The Catholic Church had several popes of north African origin early in its history, the last in the 5th century.

The Vatican said the department would be run on an interim basis by Cardinal Michael Czerny, an immigration specialist, and Sister Alessandra Smerilli, an economist.

Both were already members of the department.

At the end of 2016 Pope Francesco announced the creation of the Dicastero by the Servizio dello Sviluppo Umano Integral Rise della fusione di quattro Pontifical Council for pre-existing.

The results of the first five years of the year are set up to test out in order to check out the results.

Under the command of the Pope, Cardinal Peter K. Appiah Turkson and his collaborator on the subject of service in attesa della nomina del nuovo directive, il Santo Padre have affidavit for the interim ordinary performance of the department of mediarete of the 1 year 2022 al Card.