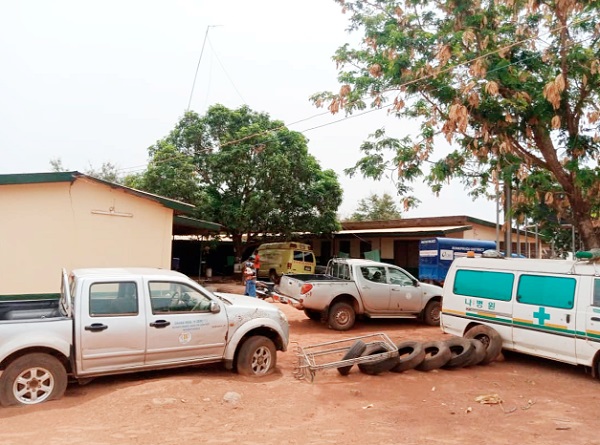 A philanthropist has pledged to supply some drugs to the Bunkpurugu Health Centre, which is on the verge of closing down due to the unavailability of drugs and other essential medical supplies.

The unnamed personality has also pledged to support the authorities to repair some of the health centre’s broken-down ambulances.

The assistance comes in the wake of a news report in last Tuesday’s edition of the Daily Graphic highlighting the health centre’s gradual grind to closure due to the unavailability of drugs and essential medical supplies.

Meanwhile, the District Health Management Committee (DHMC) is also to convene an emergency meeting next week to deliberate on the operations and management of the facility.

The Chief Executive of the Bunkpurugu/Nakpanduri District Assembly, Joseph Louknaan, told the Daily Graphic that "a philanthropist — who is apparently one of the donors of the ambulances — has reached out to me that he will help repair them.”

"He also indicated that he has some drugs available for the health centre," Mr Louknaan added.

The Chief Executive, who is the Chairman of the DHMC, said in the interim, adequate measures had been put in place to ensure the smooth operation of the facility.

The situation at the facility, which is the district referral centre, has affected healthcare in the area.

Patients who visit the facility with conditions that could be handled at the health centre are directed to the Bindu Government Hospital, which is about 100 kilometres away.

Some patients on admission at the facility are sometimes compelled to buy prescribed medications from chemical shops in town, sources told the Daily Graphic at the health centre.

The facility has only two wards — a maternity ward and another that keeps both male and female patients on admission. The ‘unisex’ ward does not have a washroom.

Currently, all three ambulances of the health centre have broken down, compelling the public to use motorbikes to transport patients on referral.

A pregnant woman, Naamimok, told the Daily Graphic that a drug was prescribed for her to purchase from town because the drug, which was covered by the NHIS, was not in stock.

Another resident, Konlan Larbik, appealed to authorities to supply the facility with medical consumables to enhance healthcare delivery.