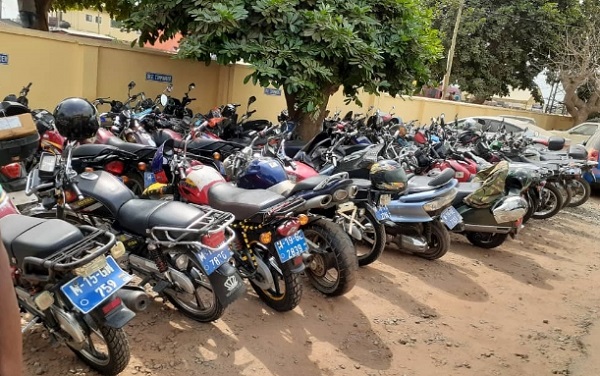 More than 3,380 errant motorcycle riders have been fined a total of GH¢3 million for various road traffic infractions between January and November, this year.

While 18 others were given custodial sentences, 118 of the suspects were acquitted and discharged for lack of evidence to prosecute them. The police are also on the heels of 81 other offenders.

The Director of Education, Research and Training at the Motor Traffic and Transport Division (MTTD) of the Ghana Police Service, Chief Supt Alexander Obeng, made this known at a town hall meeting organised to sensitise motorcycle riders in Accra yesterday.

The meeting was organised by the National Road Safety Authority (NRSA) in collaboration with the CUTS International and other stakeholders.

The meeting brought together stakeholders in the road transport sector, including the MTTD, the Driver and Vehicle Licensing Authority (DVLA), the Motor Riders Association and civil society organisations in road safety. 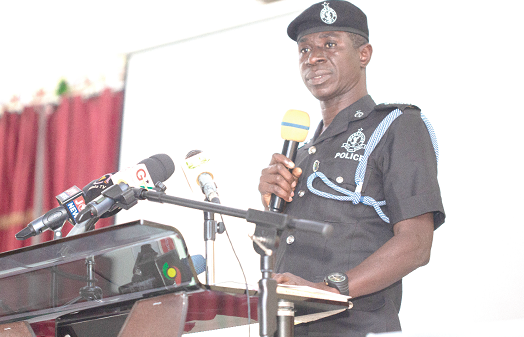 The engagement with the motor riders was within the context that users of the two-wheeled vehicle stood 98 per cent chance of sustaining injuries when they were involved in an accident.

For instance, statistics from the MTTD of the Ghana Police Service shows that road crash fatalities involving motorcycles had hit 25 per cent in 2021 from four per cent in 2011.

Chief Supt Obeng said the introduction of the Police Action against Rider Indiscipline (PAARI) by the police was yielding good fruits as issues of indiscipline among motorcycle riders had started reducing.

He said the police administration had deployed designated officers under the PAARI initiative to enforce discipline among motorcycle riders at targeted hotspots for road crashes in Accra and other parts of the country.

“They work with digital camera and scanners to gather evidence on the activities of motorcycle users,” he said.

He urged motorbike riders to adhere strictly to traffic regulations, especially as the Christmas season approached.

In a presentation, the Director, Planning and Programmes at the NRSA, Daniel H.Wuaku, said the intensification of education for motorcycle riders was crucial as records at the authority had shown that 98 per cent of motor bike users suffered injuries during accidents.

Mr Wuaku said the increasing use of motorcycles in the country had been motivated by rising urbanisation, unregulated motorcycles usage, relatively cheaper cost of motorcycles and reduced mobility because of traffic congestion.

He noted that although the use of motorcycles had helped to fill a gap in the transport space, the increasing spate of crashes and fatalities involving motorbikes coupled with environmental pollution and traffic management issues were of grave concern.

The West African Regional Director of the CUTS International, Appiah Adomako, underscored the need for effective collaboration among stakeholders to help deal with the triggers of road crashes among motorcycle riders.

“The CUTS International is a research policy think tank, and we have realised that over the last 10 years, there has been an increase in the use of motorcycles in the city of Accra, and this has also resulted in a lot of casualties on the road. We need to tackle this well to save lives,” he said.

Mr Adomako added that while it was difficult to do away with the use of motorbikes because of the way the city had been planned, it was important to create a safer environment for them to move about.

For his part, the Public Relations Officer of the Ghana Motor Riders Association, Pascal Sitsoafia Quarshie, called on members of the public to stop the negative perceptions they had about motor riders.

He said instead of condemning them, efforts should rather be made to mainstream motor riding into the country’s transport system.