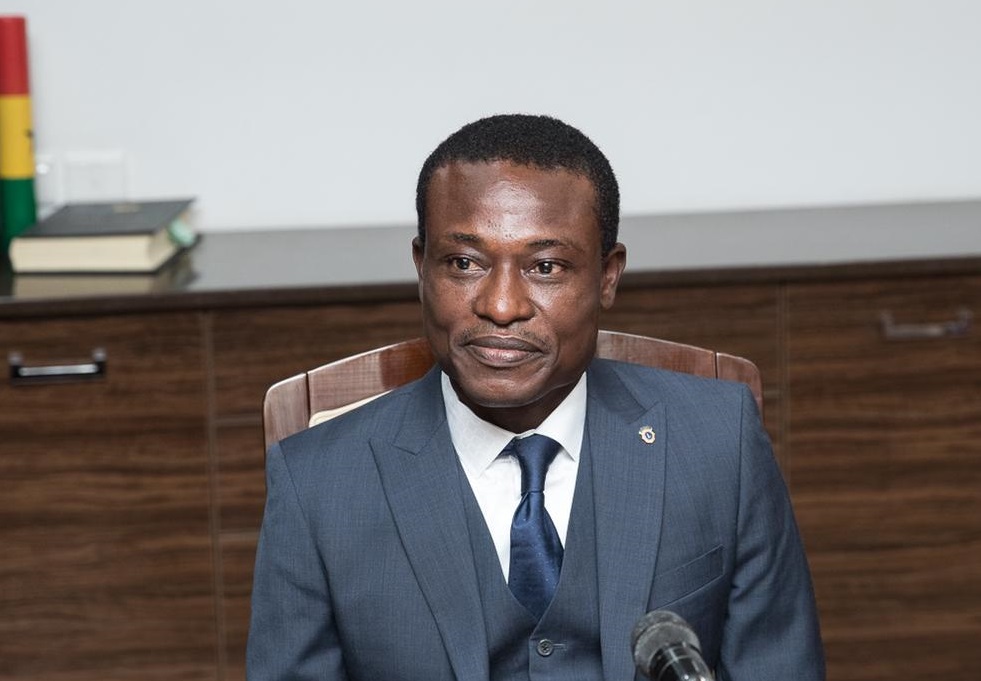 The Office of the Special Prosecutor (OSP) has stated that it is probing the former Minister of State at the Finance Ministry, Charles Adu Boahen, the Ghana Police Service and some former staff of the Bank of Ghana among 120 other cases of corruption.

The Special Prosecutor has also commenced investigation into allegations of an attempt by an unnamed businessman to bribe some members of the majority caucus of Parliament.

The Special Prosecutor, Kissi Agyebeng, in a second half-yearly report, said the office had triggered a liaison with the Office of the Speaker of Parliament in that regard.

Mr Adu Boahen is being investigated for a case referred to the Special Prosecutor by President Akufo-Addo following a Tiger Eye PI’s documentary, Galamsey Economy.

This was contained in a half-year report on activities of the Office of the Special Prosecutor for the just-ended year.

The 13-page report offers an insight into the corruption cases investigated and prosecuted by the OSP and the highlights of activities undertaken between August 1, 2022, and December 31, 2022.

In the case of the Bank of Ghana, some unnamed former officials are being investigated for the role they played in the banking and financial sector crisis that led to the collapse of some banks and other financial institutions.

The investigation targets alleged corruption and corruption-related offences by some officials of the Bank of Ghana, banks, specialised deposit-taking institutions and financial holding companies.

The Ghana Police Service is also under probe in respect of the recruitment exercise of Course 51 of Cadet Officers Training at the Ghana Police Academy.

The investigation targets specific cases of alleged corruption and corruption-related offences and acts of the use of office for profit, abuse of office, abuse of power, favouritism, nepotism, victimisation and the selection of unqualified persons.

Also listed for investigation is the case of Akonta Mining Limited, a mining firm said to belong to the Ashanti Regional Chairman of the NPP, Bernard Antwi Boasiako (Chairman Wontumi), and its alleged involvement in illegal mining in a forest reserve.

The Electricity Company of Ghana (ECG) Limited also under the radar of the OSP in respect of the termination of a Distribution, Loss Reduction and Associated Network Improvement Project contract between ECG and Beijing Xiao Cheng Technology (BXC).

The prosecutor said there were ongoing investigations into suspected corruption and corruption-related offences in respect of the procurement of and the award of a contract to Turfsport Ghana Limited by the Gaming Commission of Ghana.

The office has also commenced investigation into suspected corruption and corruption-related offences in respect of contracts awarded by the National Sports Authority for the provision of goods and services to some entities.

The Ghana Water Company is also being investigated by the OSP for contracts awarded for the provision of goods and services to some entities.

He said following the publication by the office of an investigation report on August 3, 2022 in respect of a complaint against Labianca Company Limited and the Customs Division of Ghana Revenue Authority, the Special Prosecutor had directed the commencement of a wider investigation into the issuance of customs advance rulings and markdowns of benchmark values.

The OSP said investigation was ongoing in respect of alleged bribery by Airbus SE, an European multinational aerospace corporation, in respect of the sale and purchase of military aircraft for Ghana.

The office is engaged with INTERPOL and the Central authorities of the United Kingdom and the United States under the mutual legal assistance regime.

Following the directives issued by the Special Prosecutor to Ghana Revenue Authority in respect of customs advance rulings and benchmark values and auction sales of vehicles and other goods, the Authority launched an e-auction application – a novel electronic medium for the auction of seized items at the ports. This object is to assure greater transparency. Since the directive was issued, revenue accruing from auction sales by the Authority has risen over 12 per cent per month on the average.

Again, following the various investigations and interventions of the OSP at the Customs Division, the Government has reversed the discretionary discount on the free on board or freight on board (FOB) value of goods and the home delivery value (HDV) of used vehicles.

The new policy effectively shuts all avenues for officers of the Customs Division to grant discretionary markdowns and removes opportunity for corruption and corruption-related activities. The OSP will monitor the implementation of the new policy.