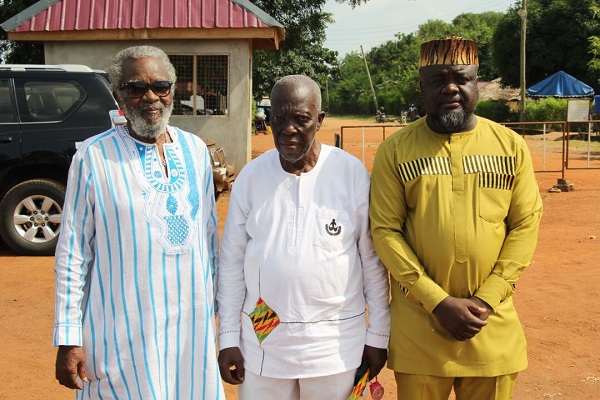 "We have noted with great admiration the yeoman's job been done by Dr. Henry Quartey and his development projects in the region and we praised him for that and called for more grease to his elbows," the release by the family said.

According to the La-Leshie Mantse, Nii Tettey Ofro Osro I who signed the release, he noted that the two families have no connections to the Minister neither have they met him before but his good works speak for itself.

"I have not met this great Ga man before and it will be a privilege to meet him which I hope to achieve soon but he has done so much for the Greater Accra in a short while," he said.

The two families also called on other royal houses in the region to support the efforts the Minister and ensure the rapid development and growth of the region.

They added that Dr. Henry Quartey has rid Accra of filth, purged the environment of harmful substances and banned all manner of unmotorable vehicles from plying the streets.

They urged the Minister to continue his good works and added that they fully backed him in all his endeavours as Minister.

The two families congratulated the Minister and called for his elevation by President Akufo-Addo for the good of Greater Accra.