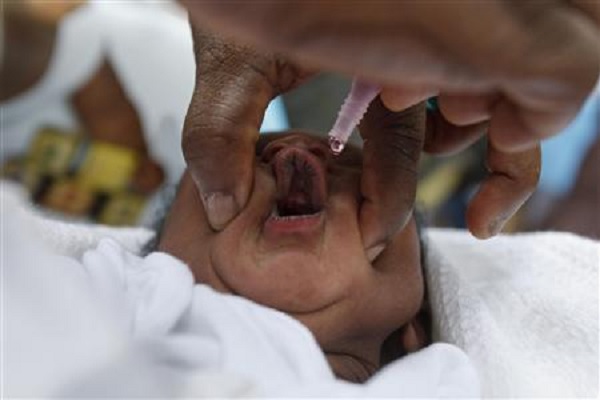 The Polio virus has been discovered in samples of water scooped from some drains in the Sagnerigu municipality and the Tamale metropolis in the Northern Region.

The virus, which causes paralysis, was discovered in a routine surveillance carried out by the Northern regional health directorate.

Samples tested by the Noguchi Memorial Center for Medical Research confirmed the presence of the virus in drains in Kobilmagu in the Tamale Metropolis and Nyanshegu in the Sagnerigu Municipality.

According to the Deputy Northern Regional Director in charge of Public health, Dr Hilarious Abiwu, children in the area are at risk of contracting the virus.

He however noted that investigation would be conducted in the areas where the virus was found to ensure all children under five are vaccinated against the polio virus.

He added that “The level of protection the children have will depend on their vaccination status, so that if we have children within those communities who have not been fully vaccinated, then we can intervene by organizing mass immunization campaigns to make sure that, most of the children in these environments get updated in terms of their vaccination so that we can protect them.”

However, it is refreshing to note that no child has contracted the virus currently, according to officials.

“So the good thing is that, currently, it’s not like any child or any person has been affected with the poliovirus. We have identified its presence in the environment, and we want to take immediate steps, investigate and protect the children from getting exposed to it,” Dr Abiwu said.