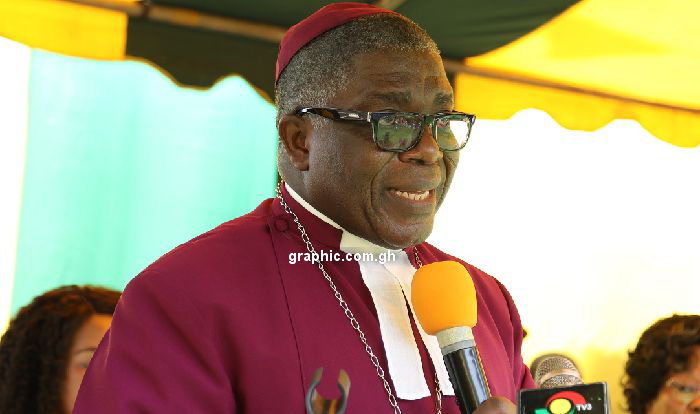 The Methodist Church Ghana has rejected a directive by the Ghana Education Service (GES) to allow Muslim students to fast during Ramadan on campus at the Wesley Girls’ High School in Cape Coast.

In a statement, the church said it took a “strong exception” to the directive stressing that it “cannot accede to the unilateral directive issued by the Ghana Education Service.”

It insisted that the Ghana Education Service “respects the long-standing partnership between Government and Mission Schools.”

It argued that the school rule in question “is a long-standing one which is also non-religious and various renowned Muslim ladies in Ghana have passed through the school adhering to such a rule.”

The GES had directed the authorities of the Wesley Girls High School and other schools to allow any muslim student to fast for any religious reason.

The parents of any such student, it said, were also directed to write to the school indicating that the school shall not be held liable for any health condition of the student as a result of the fasting.

“The Ghana Education Service, therefore, directs authorities of Wesley Girls High School, as well as any other school to allow any such student who wishes to fast for any religious reason to do so.

“The parents or any such student are also directed to write to the school indicating that the school is not to be held liable for any health condition of the student as a result of the fast. Staff, students and the general public are to take note,” a statement signed by the Head Public Relations of the GES, Ms Cassandra Twum Ampofo, said.

It said the service’s attention had been drawn to various media reports relating to a recent occurrence at the Wesley Girls High School, adding that it started with a student who requested of the school authorities to be allowed to fast during the Ramadan.

“Fasting undertaken by students for various reasons and observed differently by the respective groupings has had varied health implications on our students over the years.

“The net effect was that students developed various health conditions. The school, therefore, took the decision then that irrespective of one’s religious background, fasting was not permitted,” it said.

The statement said it was, therefore, imperative that to ensure the health of students was not compromised vis-a-vis their organised school schedules, “this long-standing practice had to be maintained”.

That, it said, was the basis for the refusal by the school authorities of the girl’s request to fast during Ramadan.

“Having been apprised of the facts of this case, the Minister of Education met the Presiding Bishop of the Methodist Ghana, Most Rev. Dr Paul Kwabena Boafo, and some board members of Wesley Girls High School. The school authorities made it clear that it had no intention whatsoever of interfering with the religious practices of any group of students and concerns of schools on the health risks associated with the fasting,” it said.

Read a copy of the church's statement issued on May 4, 2021 below