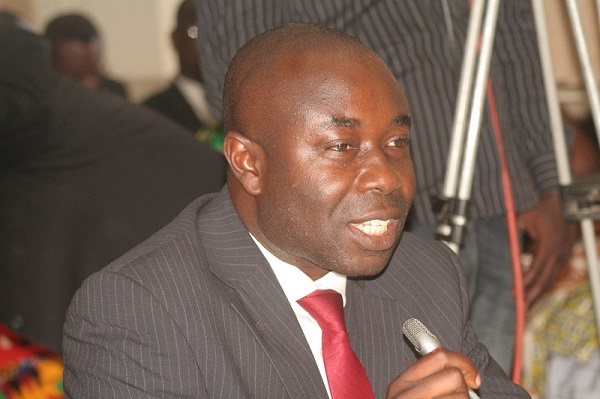 The Member of Parliament for Nkoranza South, Emmanuel Kojo Agyekum, has hinted of a planned street protest on Friday, May 27, against what he describes as an unfair presentation of happenings in Nkoranza by the security agencies in the last two weeks.

Consequently, he says he will Monday [May 23, 2022] serve notice to the police on the planned protest.

According to the MP, the street protest has become necessary following the death of Albert Donkor who was in police custody and another person last Tuesday [May 17, 2022] after the youth of the town attacked the Nkoranza Police Station.

Speaking in a radio interview with Accra-based Citi FM, Mr Agyekum noted that the statements issued by the police about the developments in the area appear to unfairly castigate them.

“We know we have to give the police five days’ notice, so we are giving them the notice [on Monday] and we’ll start the demonstration on Friday. On Tuesday, we will have a press conference to tell the police that we are not happy, especially with the statements they issue. They issue statements to insult us and that is unprofessional,” he said.

The MP had earlier expressed his disquiet over the police’s handling of the recent incidents.

According to him, the sentiments of people in the town is anger and total distrust in the police’s ability to impartially investigate the alleged killing of Donkor by an officer after the deceased was picked up from his home around midnight earlier this month.

He said it is appalling that the police leadership is seeking to arrest the young people who protested the alleged killing of Donkor instead of investigating to unravel the circumstances under which Albert Donkor was shot and how the police in the area killed one other person and injured several others during the protest over Donkor’s killing.

“The concern of the police is not about those who are dead but their concern, for which reason they’ve brought people from Accra, is to gather evidence of people who destroyed a flat-screen TV and a pickup truck at the police station when they [youth] were demonstrating the last time… I was in court with the young men who were arrested over the demonstration and the police’s interest is to arrest the people who are in hospital now, even those undergoing surgery,” he said.