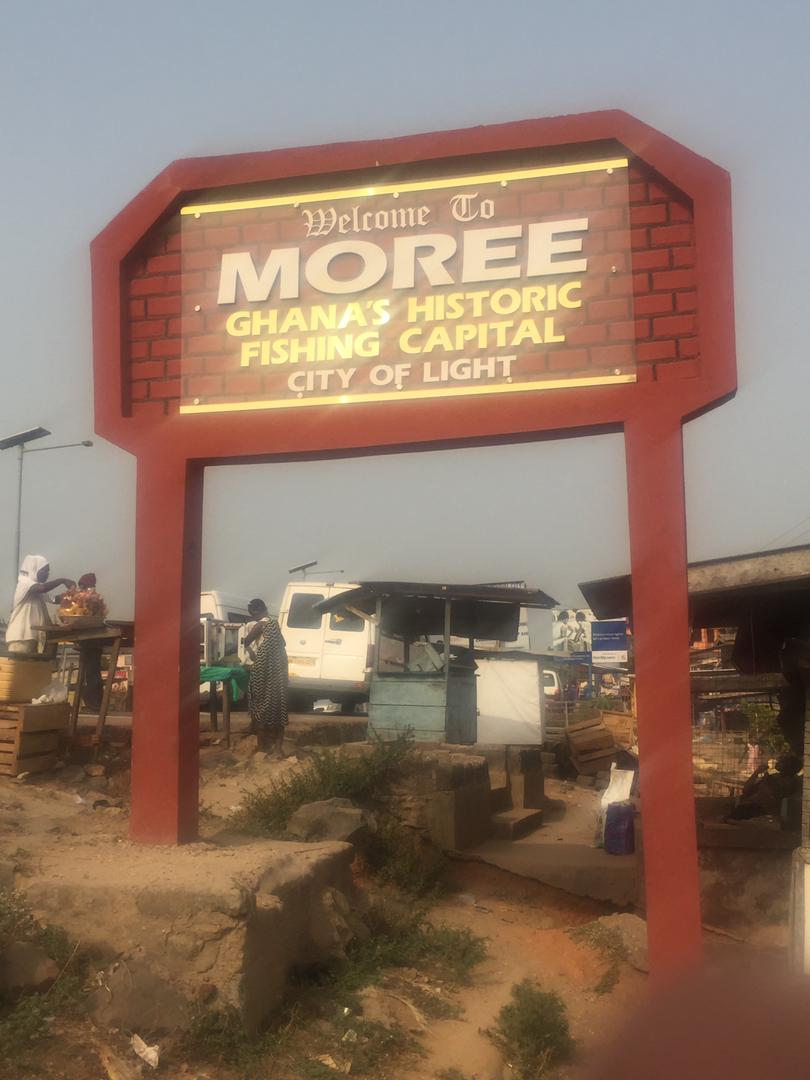 Call it rebranding and you will not be wrong. The ancient community of Moree, also known as Moworey, is working hard to make the area a place to see.

It is now the “City of Light” and the community believes that the shining light tag would draw the world to it.

Last year, residents, both in and outside the community, built a symbolic statute of the renowned Farnyi Kweigya, the acclaimed custodian of fishing at the community’s square.

This is one of two giant statues that were unveiled, with the other being an emblem of the community - a tortoise with an ant behind it, welcoming the visitor to the community. 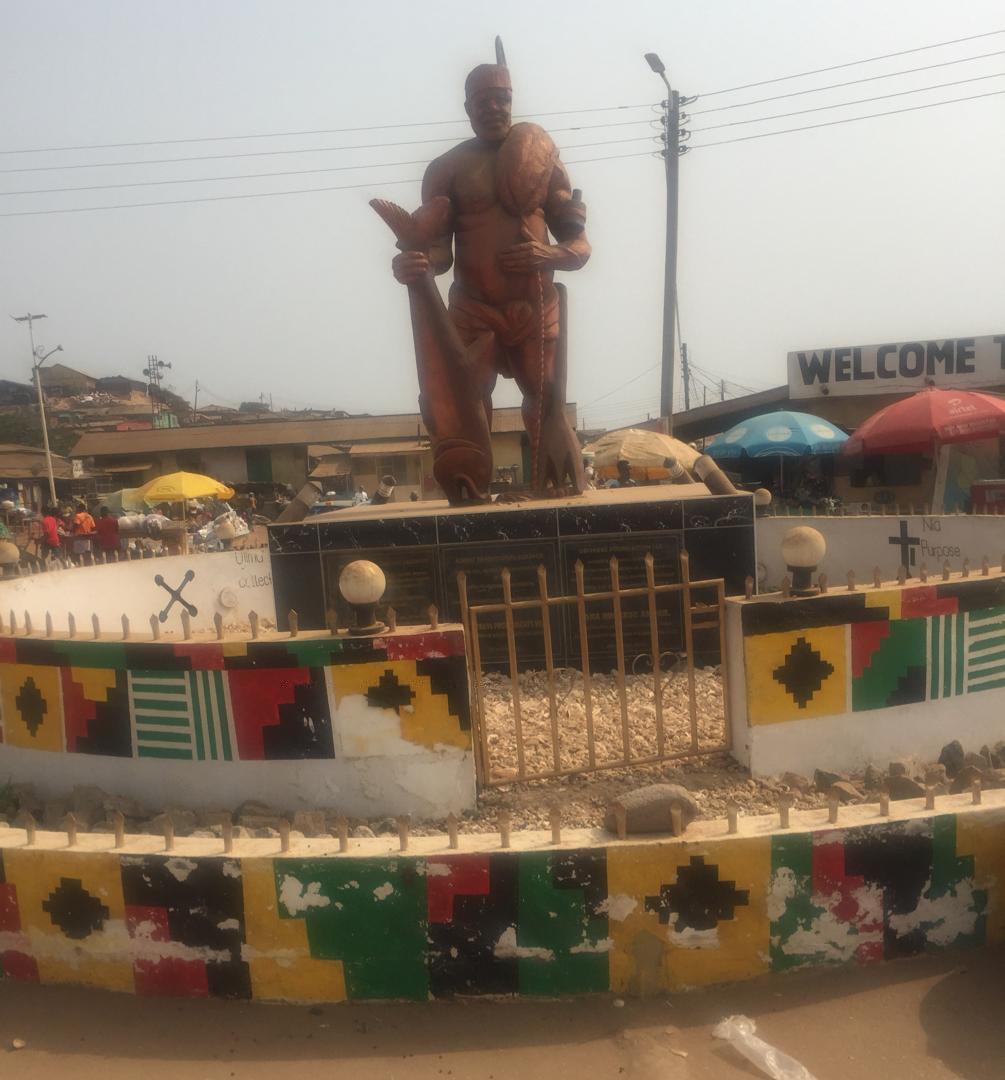 Moree lies about three kilometres to the right on the Accra-Cape Coast road, just after the “toll booth” nearest Cape Coast.

Like most communities in the Central and Western regions, Moree has two names – Moworey, its original name has been europeanised as Moree.

It is located in the Abura-Asebu-Kwamankese District in the Central Region and has for a long time claimed custodianship of the fishing trade in Ghana. Its new image does not in any way downplay this claim.

The founder of the ancient Moworey, Farnyi Kweigya, is touted as the father of fishing. A claim many fishing communities in the country do not dispute.

It is known to contribute a sizeable population of fishers and the nation’s fish catches.

The community is said to be the hometown of former Vice-President Paa Kwesi Bekoe Amissah Arthur. 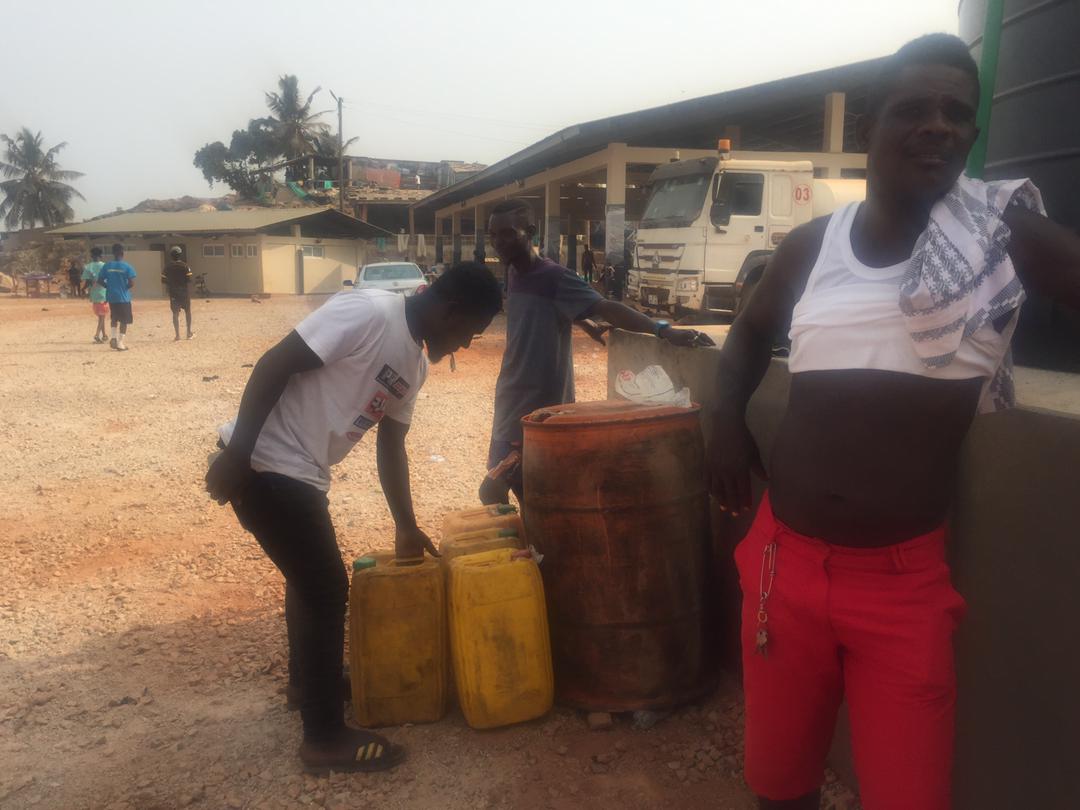 The people of Moree are believed to be Egyptians who migrated through Nigeria to their current destination.

History made available to the current generation indicates that Nana Kweigya and Amenfi led their people to migrate through Nigeria to the present day Moree.
Amenfi went further into the hinterlands to Asebu.

With more people arriving there the succession to the throne became a source of dispute.

There are three Asafo companies (local militia) groups including the Bentsifo, Alata and Nkum, who govern various groups of people.

Currently Nana Obokese Ampah is the regent of Moree and has been instrumental in the rebranding efforts. 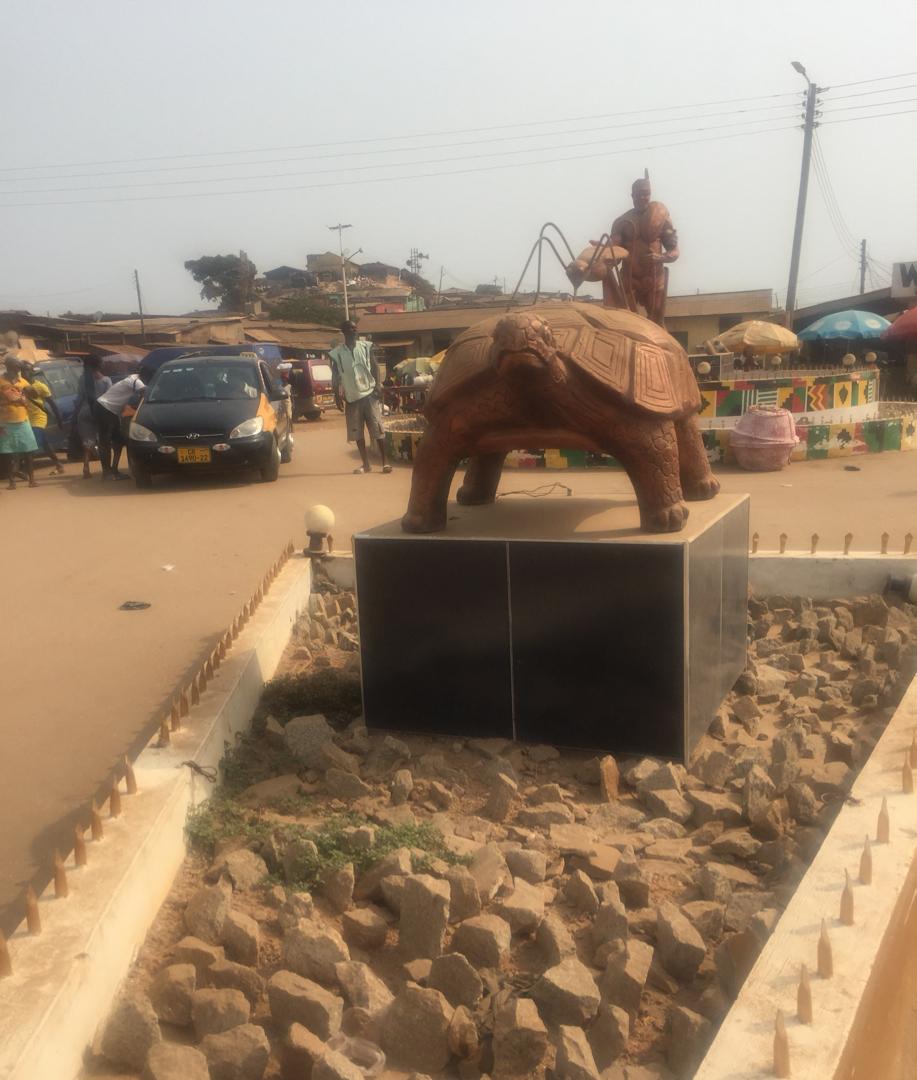 Its people are lovely and friendly. They would usually not steal or hardly engage in vices.

Nana Asiedu and Uncle Kwame are fishermen from neighbouring Kormantse and they both corroborated this assertion.

“We left our fishing nets here for over a month and went home and it’s still here. In other places they would steal parts of the nets while you are still watching over them. The people are peaceful and kind and that is why we like to come here, Nana Asiedu said, and this was affirmed by Uncle Kwame.

A fisherman and resident of Moree, Kofi Akyere, said they understood the importance of doing unto others what they wanted to be done to them.

“If you are a deviant in Moree the community itself will arrest you and send you to the police station. We are fishermen and travel all over so we treat visitors the same way we would want to be treated in another town or country; that is our principle here,” he stated. 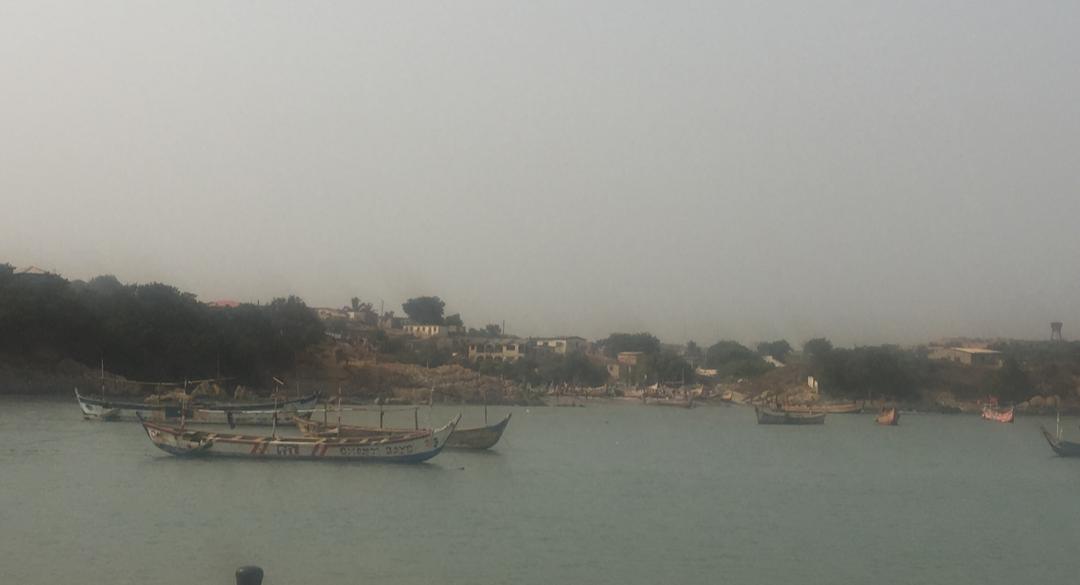 However, some of the fishermen expressed worry over the unavailability of premix which they indicated was affecting fishing expeditions and the livelihoods of the people.

Kofi Akyere, a fisherman, said the fishermen wanted premix fuel for fishing to be made easily accessible and less costly.

“We are not getting the premix and this is affecting the fishermen and the community as a whole,” he said, adding that many activities in Moree centered around the fishing industry.

Others the Daily Graphic spoke to called for an improved road network in the community as well as street lights.

The Moree community was dealt with graciously by nature. It has a beautiful and peaceful beach line. The near complete landing bay is already attracting even more fishermen from neighbouring communities to the town’s shore.

Perhaps the biggest of these problems for Moree continues to be its sanitation problem and poor drainage.

The assembly member for the Bentsir Electoral Area, Mathew Kakra Boison, indicated that though the drainage had improved, more infrastructure could help improve the sanitation and flooding in the community. 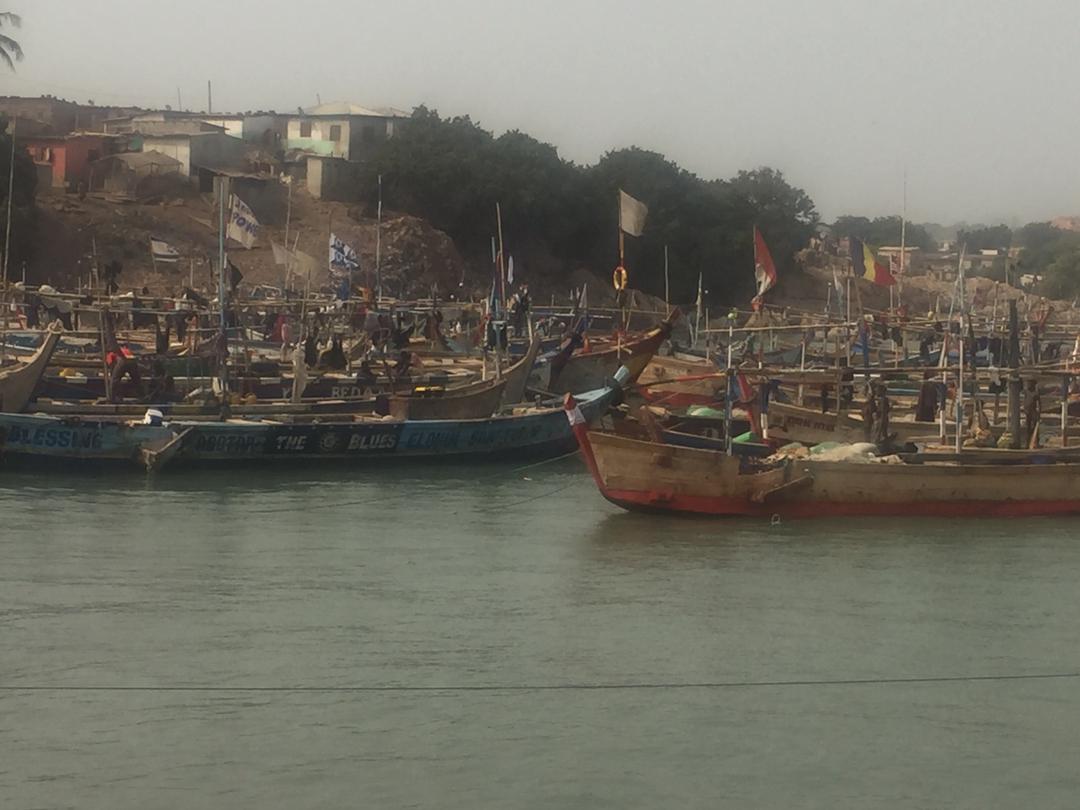 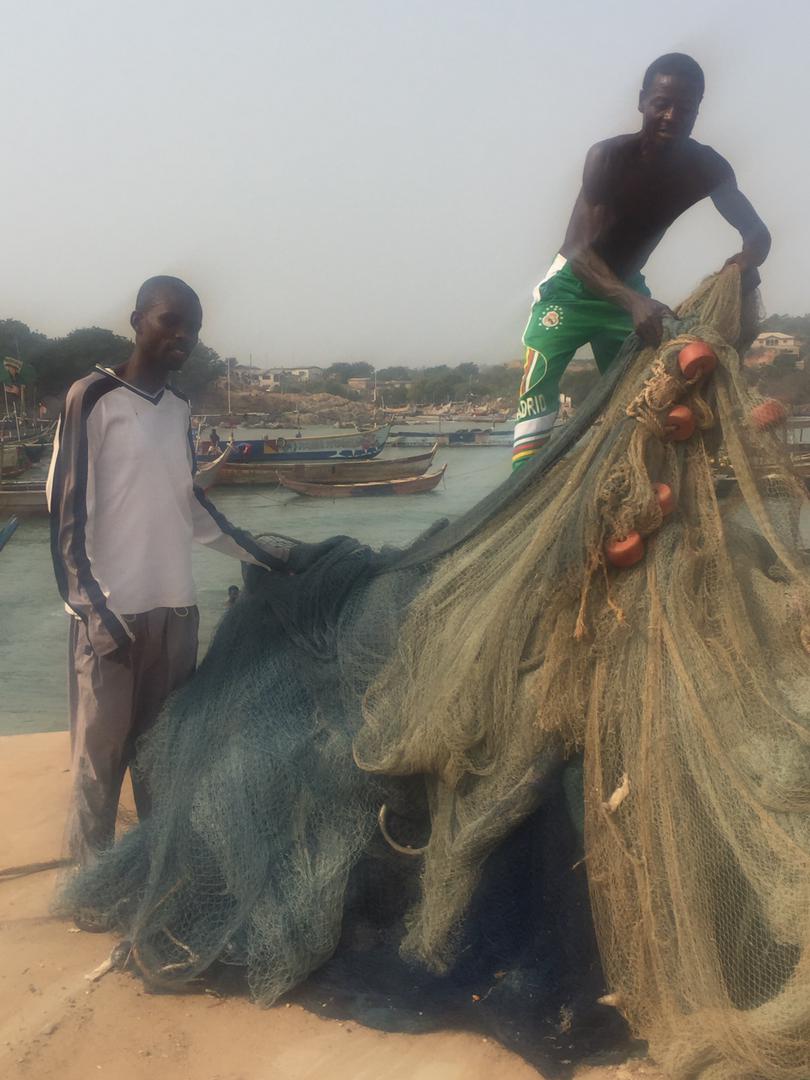