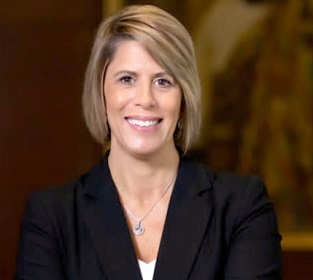 Mövenpick Ambassador Hotel Accra has partnered with selected foreign missions in Ghana for its first Christmas charity bazaar to raise funds to support the Street Academy, an academy for less fortunate children.

The two-day fundraising event, scheduled for tomorrow and Sunday, will involve the mission of Israel, Japan, Spain, Germany, India, Türkey and New Zealand.

The rest are Morocco, Hungary, South Africa, and France, as well as the Ghana Italian Women Association (GIWA) representing Italy.

The Christmas Charity Bazaar will run from 11 a.m. to 5 p.m. on both days, with an entry fee of GH¢20 for adults, which will be donated in aid of less fortunate children under the care of Street Academy, a non-governmental organisation (NGO) which looks after over 600 children.

The NGO uses education, culture and sports to expose the talents of the children, while offering free basic health care.

In addition, the supporting embassies will donate 50 per cent of all proceeds from their sales to the charity.

“Whether you are looking to grab a few items for Christmas, taste new delicacies from various countries or are interested in wellness, there will be something for everyone,” the General Manager of the Mövenpick Ambassador Hotel Accra, Deborah Lee-Ann Sivertsen, told the Daily Graphic.

She explained that there would be a variety of stands offering a selection of jewellery, local accessories, art and craft from recycled materials, locally-made body oils, soap, as well as chocolates.

“This is such an exciting project, and I am really looking forward to seeing the wonderful impact the funds raised will have on these children being taken care of by the Street Academy,” Ms Sivertsen added.

She expressed gratitude to sponsors, as well as the various embassies that were collaborating with the world-class hotel for the Christmas Charity Bazaar.

“Although we may be of varied origins, we unanimously understand the language of kindness, and their enthusiasm, passion and support have made all this possible,” she said.

Ms Sivertsen called on the public to be part of the epoch event to taste traditional dishes from the various nationalities, purchase items at affordable prices, and have a great time with family and friends as a support for the worthy cause.

Mövenpick, founded in Switzerland in 1948, now has more than 100 hotels and resorts around the world, with another 50 planned by 2025.

It remains true to its Swiss heritage and rich culinary legacy, honouring its founder’s promise to do things well by doing things right.

In recognition of the brand’s holistic approach to sustainability, and its deep commitment to local environments and communities, Green Globe has named Mövenpick the world’s most sustainable hotel company every year since 2017.

Mövenpick is part of Accor, a world leading hospitality group consisting of more than 5,200 properties and 10,000 food and beverage venues throughout 110 countries.