Military to establish bases in 16 regions — Minister-designate for Defence 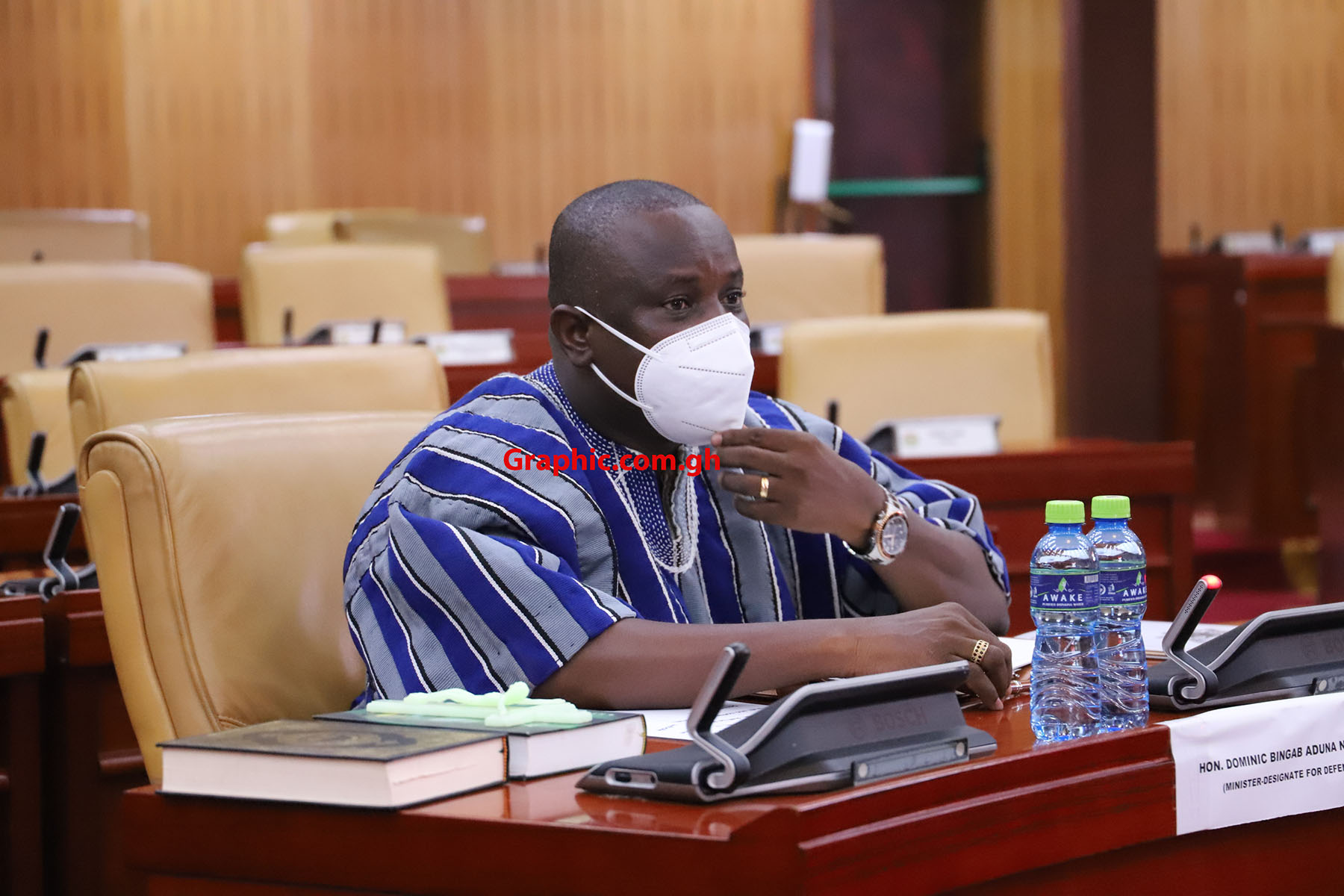 The Minister-designate for Defence, Mr Dominic Nitiwul, has said that there are plans for the establishment of military bases in each of the 16 regions across the country.

That, he said, would support the police to ensure law and order, as well as protect the citizenry and the country.

“As much as possible, the military wants to put a regiment in each region. On a temporary basis, we have military presence in all 16 regions. We also intend to have military bases across all the borders, as well as a minimum of 15 military bases in the entire north to enhance the fight against terrorism and make Ghana an oasis of peace.

“We’re ensuring that we’ll put military bases across the 16 regions and ensuring that the northern and coastal belts are safe, so that we have an envelope of security,” he told the Appointments Committee of Parliament (ACP) during his vetting Thursday.

Mr Nitiwul, who has been renominated for the Defence Ministry, spent over four hours before the committee, answering questions on various issues, including the unfortunate incident of some military persons invading the Chamber during the inauguration of the Eighth Parliament.

He said he did not have any capacity, as the Minister of Defence, to order the military men to move into the Chamber, as was being alleged by the MP for Asawase, Mr Mohammed-Mubarak Muntaka.

“I was sitting over there in the Chamber with Mr Muntaka and the independent candidate and I did not go to any place; I only went out to pass water and came back. I never went to any place to move anybody,” he stressed.

He said military men were professional people who, together with the police, might have taken the decision go to the Chamber to restore law and order there.

“Mr Muntaka should not throw the baby away with the bath water,” he said, in direct reference to the allegation by the Ranking Member of the ACP.

The minister-designate said that after the National Democratic Congress (NDC) MP for North Tongu, Mr Samuel Okudzeto Ablakwa, had raised concern over the infamous invasion of the Chamber by the military.

Mr Okudzeto Ablakwa told the committee that his colleague, Mr Muntaka, had, in an interview on a private radio station in Accra, cited Mr Nitiwul as the one who made the call in the Chamber for armed military men go into the Chamber.

“Mr Nitiwul made the call when he was standing with me and I told him it was not necessary because it will be a blur on the integrity of this House,” he had quoted the Minority Chief Whip as saying.

Mr Ablakwa also asked Mr Nitiwul if he knew Colonel Joe Punamani and if he was the head of the Presidential Military Guard who led the team of soldiers into the Chamber.

Mr Nitiwul answered in the affirmative and described Col Punamani as a commander in the Armed Forces and current Head of the Presidential Protection Team at the Jubilee House.

“I would advise strongly that, unless it is absolutely necessary, it will be very wrong to be mentioning the names of commanders and their actions and inaction because I stay directly with them,” he said.

Stopping short of pinpointing Col Punamani as the one who had led the military to the Chamber, Mr Nitiwul informed the committee that there was an ongoing investigation to establish those who led Parliament’s military invasion.

I’m against military exposure to civilians